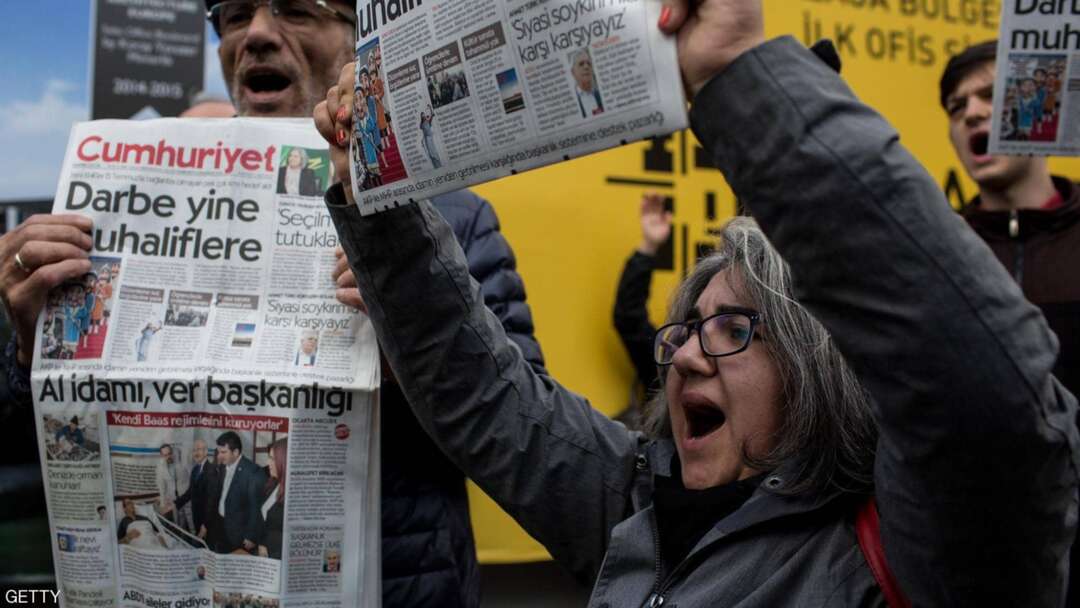 Erdogan and the press... A coup after the coup attempt

The failed coup attempt in Turkey in 2016 was a watershed moment in the history of democracy and freedoms; the situation has become so dire that many have fled the country—especially journalists.

Turkish President Recep Tayyip Erdogan has been accused of pursuing policies that undermine democracy and human rights. Since then, voices, based on many facts, have risen.

Human Rights Watch declares in a report that Erdogan government has dismissed more than 150,000 public officials for alleged association in the coup attempt or links to the Gülen group. Whereas 64,000 others have been sentenced to prison including about 150 journalists and media worker, and that has turned Turkey to be the world's largest prison for journalists.

Observers believe that the "cleansing" campaign launched by Erdogan against supporters of Fethullah Gülen religious movement, which Ankara accuses of being involved in the coup attempt, has pushed the country into very bad conditions.

The campaign was kind of a coup enforced by Erdogan’s government against his political and press opponents. However, according to the observers, they had nothing to do with Gülen’s movement

In terms of press freedoms, hundreds of Turkish journalists have lost their jobs for claims of supporting the coup, insulting the president and denouncing his campaign in tweets and posts on social media.

According to a 2018 media watchdog report, more than 120 journalists were sentenced to prison for a minimum of five years during the past two years.

In 2017, Ankara blocked Wikipedia because, as Ankara claims, it contained information linking the Turkish state to terrorist organizations.

Not long ago, three journalists were sacked after an interview with former Turkish Prime Minister Ahmet Davutoğlu just 24 hours after it was broadcast on YouTube.

Ankara government controls about 90 percent of Turkish media. Reporters Without Borders says censorship of websites and social media has reached unprecedented levels that reinforce restriction of media freedom in the country.

UN: Construction in Judea and Samaria 'must cease immediately' Why do not Syrian refugees return to their homeland?