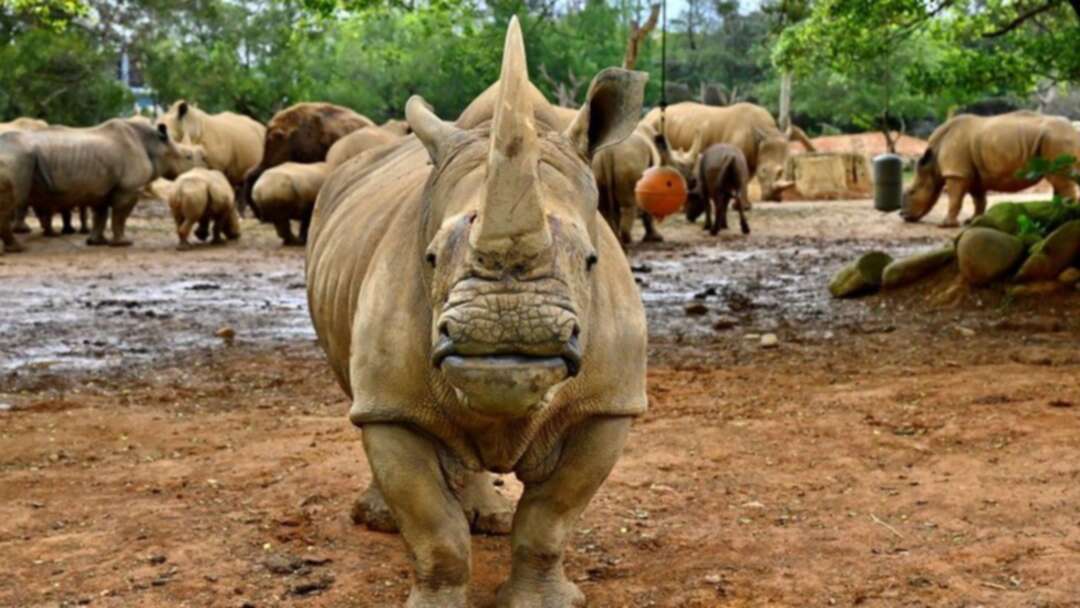 A five year old rhinoceros arrived on Tuesday to Japan's Tobu Zoo after travelling around 16 hours from Leofoo Safari Park in Taiwan, where she is originally from, all as part of a quest to find love. White rhino

Her stay at the zoo is part of an attempt to increase the number of captive-bred white rhinos in Asia.

BBC reported, citing he World Wide Fund for Nature (WWF), Emma is classified as Near Threatened with around 18,000 left in the wild.

Due to her "mild personality", and as she "rarely got into fights", Emma was picked out of a group of 23 rhinos to be sent to Japan

She was originally supposed to travel in March, but like millions of people around the world, her plans were derailed by the coronavirus.

According to BBC, Emma used the delay to prepare for the move, with keepers getting her acquainted with the Japanese words for "come" and "no".

The Saitama Tobu zoo told BBC in a statement, "after some delays due to the coronavirus, Emma, a southern white rhino, arrived at our zoo on the evening of 8th June." adding "we slowly opened the shipping container which was placed in front of her sleeping room. Emma, without showing any signs of shyness, went straight into the sleeping room".

Staff at the Leofoo Safari Park had earlier said Emma's small size also made her easier to ship overseas.

She is now staying with 10-year-old rhinoceros Moran being her first suitor.

Zoo breeding companies have been instrumental in boosting the number of southern white rhino herds.

Their northern cousins however, have not been as lucky, with only two of them remaining. Both are female, meaning the species will likely be completely extinct soon - until scientists come up with a plan.

Poaching is the primary threat facing all rhino species.

Scammers market the horns - which like hair and fingernails are made of keratin - as an aphrodisiac or cancer cure, which is not scientifically proven.