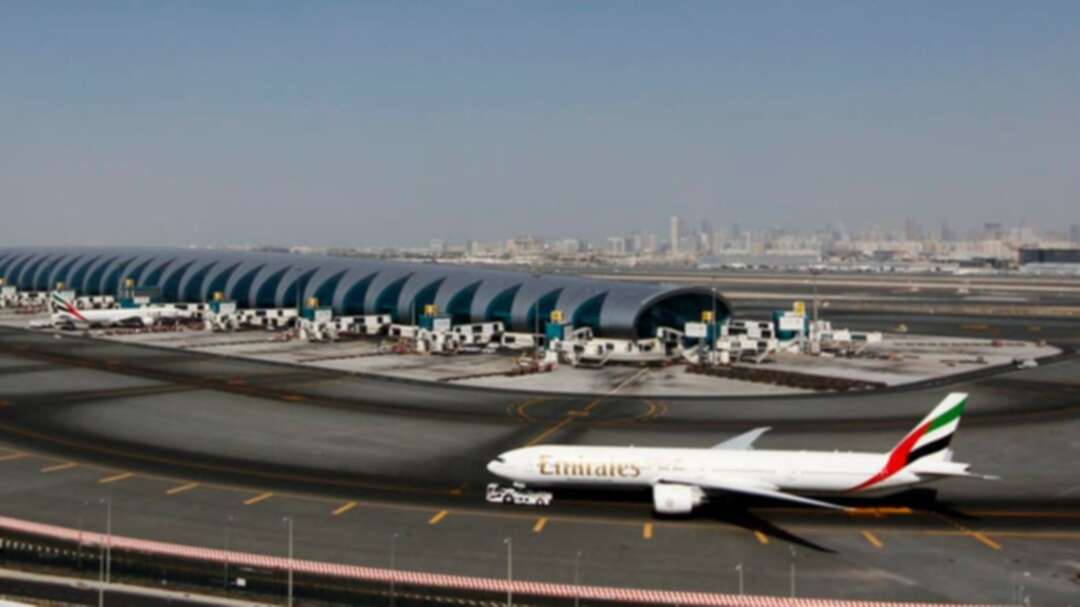 A plane passes next to the Emirates Airlines terminal at the concourse in Dubai International Airport, Jan. 7, 2013. (File photo AFP)

Emirates, one of the world’s biggest international airlines, expects to cancel more flights as the coronavirus outbreak weighs further on global travel demand, according to an internal email seen by Reuters.

The World Health Organization on Wednesday described the virus as a pandemic, India suspended entry to most foreigners, and the United States restricted travel from much of continental Europe, all factors likely to further depress the wounded travel industry.

“Emirates has already significantly reduced passenger flights for March across our network, and more cuts will likely follow as we review the latest situation,” Emirates Chairman Sheikh Ahmed bin Saeed al-Maktoum said in an email to staff and seen by Reuters.

Emirates did not immediately respond to a request for comment.

Passenger demand is under increasing pressure, and the catering, airline and travel business of dnata, an Emirates Group company, is to see “even more substantial drops” as more airlines cut services, he said.

However, Sheikh Ahmed said the cargo business was “doing well.”

The Dubai-based airline has already stopped flights to Italy, Kuwait, Saudi Arabia, Iran, and most of China, although it continues to fly to Beijing and Hong Kong.

Emirates said on Thursday passengers traveling to the United States would now undergo temperature checks immediately before boarding and anyone with a higher than normal temperature would have to undergo further tests.

It was not immediately clear why the airline was introducing the measure. Transit passengers are already checked on arrival at Dubai International Airport, though those starting their journey from Dubai are not.

Some coronavirus cases in China, Australia, and New Zealand have been linked to people who have traveled through Dubai, media reports have said.

In a second internal email, Emirates Group said it was strongly advising employees to review any upcoming personal travel plans.

Employees who travel to a highly affected country would have to self-isolate for 14 days, which most cases would be taken out of their annual leave, the email said.

Pilots and cabin crew operating flights from highly affected countries are exempt because of stringent testing procedures, the email said.

The United Arab Emirates has already said passengers returning from some countries such as China would have to self-isolate for two weeks.

Emirates Group, a state-owned holding company that counts airline among its assets, had more than 100,000 employees, at end-March 2019, the end of its last financial year.