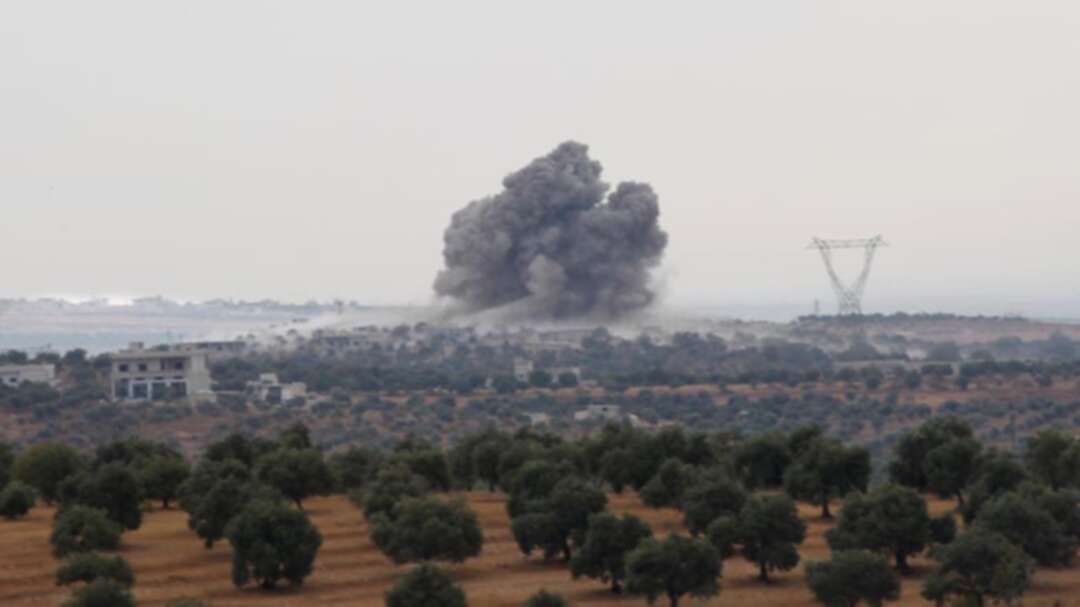 People gather amidst the rubble of buildings following an air-strike in the town of Maaret al-Naasan in the rebel-held Idlib province countryside on November 24, 2019. (File photo AFP)

Sounds of several explosions were heard in areas controlled by factions loyal to Turkey.

Local sources said that six explosions were heard in different areas, and the sources confirmed that the raids targeted the al-Haraqat area near Tarhin village, al-Burj village and the southern part of Jarabulus city.

Several civilians were injured in Tarhin Village and several tankers used for fuel transport were burned, the Syrian Observatory reported.

The Turkish aircraft flew over Mare’s city amid news about the possibility of carrying out a new airdrop, similar to a previous airdrop carried out by the International Coalition to arrest an ISIS member, added the monitor.