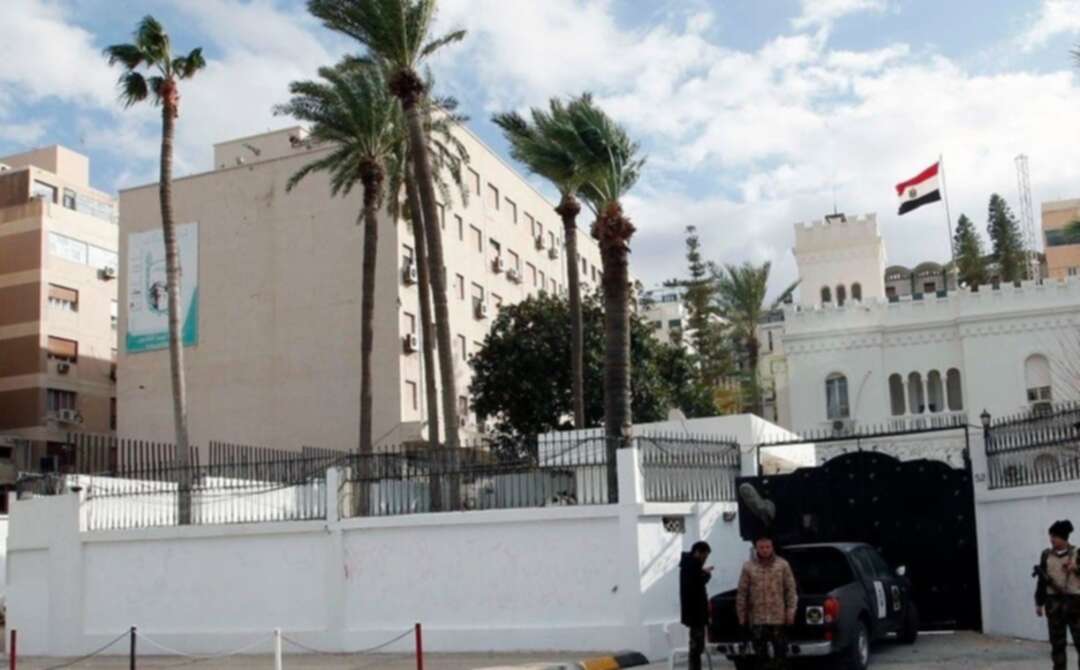 A general view of security in front of the Egyptian embassy in Tripoli, Libya, Jan. 25, 2014. (Reuters)

Al-Menfi told the Egyptian president that Libya is able to provide the appropriate work environment for the full reopening of the Egyptian embassy again, as well as the diplomatic consulates of different countries, the sources said.

The Libyan government affirmed its ability to fully protect diplomatic facilities inside Libya and provide the necessary security to ensure their safety, Al Arabiya cited the sources as saying.

The decision comes just 10 days after the formation of an interim government to lead Libya to December elections.

Oil-rich Libya was mired by chaos after the toppling of dictator Moammar Gaddafi, who was killed in a 2011 NATO-backed uprising.

The members of the new Government of National Unity (GNU) led by interim Prime Minister Abdul Hamid Dbeibah were confirmed by Libya’s parliament on March 10 following months-long talks sponsored by the United Nations.

Al-Sisi and al-Menfi agreed that foreign militias and mercenaries must leave Libya in order to achieve peace and rebuild the country.