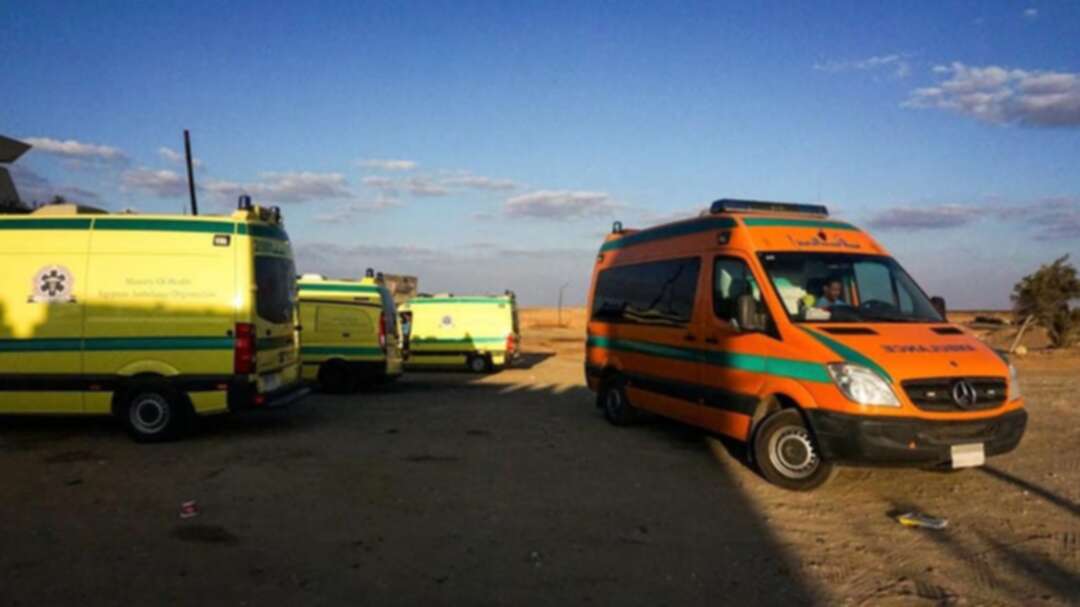 A picture taken on October 21, 2017 shows ambulances parked in the desert about 135 km southwest of Giza, near the site of the attack that left at least a dozen policemen killed. (File photo AFP)

An Egyptian military court sentenced a Libyan man to death and 32 other defendants to life over a deadly 2017 attack in the Western Desert, the army spokesman said on Sunday.

The incident took place in October 2017 when a deadly firefight broke out during a raid by Egyptian police on a remote militant hideout southwest of Cairo.

Authorities said at the time that 16 policemen were killed and that 15 militants were either killed or wounded.

Army spokesman Tamer al-Rifai said in a statement on Sunday that the military criminal court ordered the “execution by hanging” of Libyan national Abdelreheem Mohamed al-Memory, the main defendant in the case.

The court also ordered “life and rigorous imprisonment of 32 defendants and the acquittal of 20 others,” the statement added.

Of the 32 sentenced to life terms, 10 were sentenced in absentia, the army added.

It was not immediately clear how many of the defendants were Egyptians or Libyans.

The defendants were accused of forming and joining a “terrorist” group in Libya, targeting security personnel, murder and carrying out hostile operations against vital facilities, according to the army.

The attacks were largely centered on the turbulent northern Sinai region but have sporadically occurred on the mainland as well as in the Western Desert along the porous border with Libya.

In February 2018, Egypt launched a nationwide offensive against extremists, mainly focused on North Sinai but also covering the Western Desert and other regions.

Clashes in Syrian town controlled by pro-Ankara forces kill one