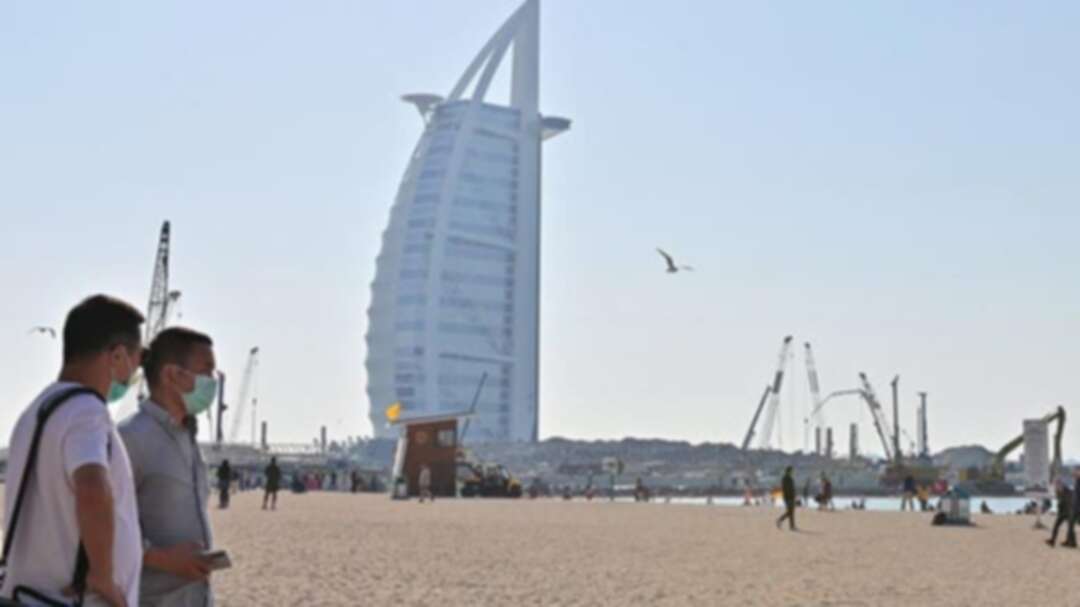 Tourists wearing surgical masks are pictured on a beach next to Burj Al Arab in Dubai on January 29 2020. (AFP)

The United Arab Emirates said on Friday it was in talks with Denmark after the Nordic country temporarily halted all flights arriving from the Gulf Arab state, a major travel hub, due to potentially unreliable coronavirus tests in Dubai.

Denmark’s transport ministry said the five-day travel restrictions, comes after concerns were raised about the coronavirus tests administered in Dubai before departure. It added it had taken the decision after a detailed tip-off, without elaborating.

“All accredited UAE testing centers are regularly subject to strict quality checks,” the UAE foreign ministry said, adding there are severe penalties for non-compliance with international standards to ensure the highest level of quality in testing.

The statement said the UAE was communicating with Danish authorities “to clarify the details and cases” behind the decision in order to guarantee the safety of all travelers.

Denmark earlier this month made it mandatory for travelers to show a negative test from the previous 24 hours before departure towards Denmark from all countries.

Late on Friday, Danish Health Minister Magnus Heunicke said on Twitter 50 persons with COVID-19 had flown in from Dubai in January alone. Thirty-three of those arrived after Denmark made it mandatory to test negative for COVID-19 before departure.

Several Danish celebrities, including former footballer Nicklas Bendtner, were criticized earlier this month after Danish media reported they had traveled to regional tourism hub Dubai on holiday despite the government advising against going abroad to limit the spread of the coronavirus.