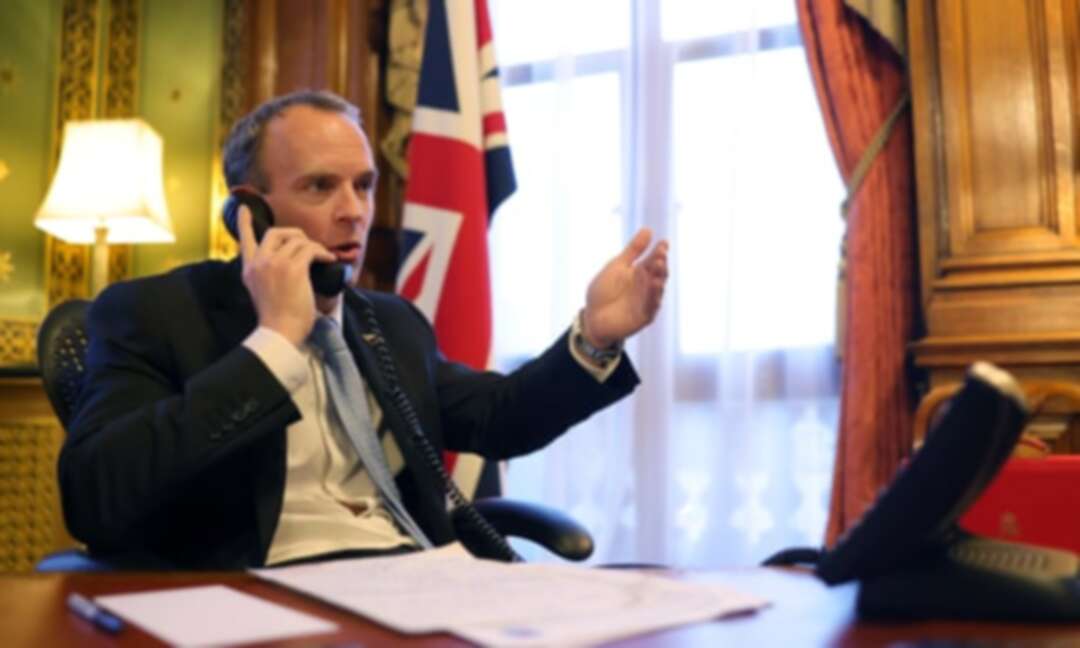 Dominic Raab has accused Brussels of misunderstanding the Brexit deal.

Britain’s foreign secretary, Dominic Raab, has been accused by Brussels of displaying a “total misunderstanding” of the Brexit deal after claiming the EU was trying to erect a barrier between Northern Ireland and Great Britain.

Maroš Šefčovič, the European commission’s vice-president, said Raab’s comments raised major questions, and warned that Britain was tarnishing its global reputation by ignoring the terms of its agreements with Brussels.

The EU on Monday launched legal proceedings against the UK over alleged breaches of the Northern Ireland protocol in the Brexit withdrawal agreement, which is designed to avoid a hard border on the island of Ireland.

Brussels accused the UK of seeking to break international law for a second time by overriding the terms of the treaty to unilaterally extend a grace period on paperwork for goods entering Northern Ireland from Great Britain.

Šefčovič, who acts as Britain’s Lord Frost’s EU counterpart on committees relating to Brexit, said the damage done to the UK’s image by its conduct had been evident during his discussions last week with a bipartisan group of US congress members known as the Friends of Ireland.

He pinpointed this week’s claims made by Raab, a former Brexit secretary, in which he had accused the EU of damaging the Good Friday agreement by seeking to “erect a barrier down the Irish Sea”, as a further reason for dwindling faith internationally in the British government.

“This is what I feel when I talk to my international partners; that was what I felt when I talked to the Friends of Ireland on the

The withdrawal agreement in effect left Northern Ireland in the EU’s single market and erected a customs border in the Irish Sea to avoid any checks on goods coming and going from the Irish Republic. It is a deal similar to that dismissed by Theresa May when she was prime minister on the basis that it created borders within the UK.

Šefčovič said Boris Johnson’s government had known what it was signing up to and that he had been “surprised” by the repeated attempts to avoid the consequences of border checks on goods, including for food safety and animal and plant health, known as sanitary and phytosanitary standards.

“If you look through the protocol on Ireland and Northern Ireland, that’s very clear what we agreed to: that we would have the border control posts built and that is supposed to be built by the end of the last year,” he said.

“These checks and controls will be performed by the UK authorities, meaning the EU law will be fully applicable. That is the the gist of the deal.

“Our mutual responsibility is to make it as smooth as possible. Therefore, we offered in the previous times a customs union, a common SPS

This week the commission initiated a process that could result in the UK being taken to the European Court of Justice and facing potentially facing trade sanctions.

Šefčovič warned Frost that the UK was “on a path of a deliberate breach of its international law obligations and the duty of good faith”, demanding that the government reverse its unilateral decision to extend a grace period on key checks due to end on 1 April until “at least October”.

The commission has called on the UK to return to the negotiating table to find a way forward by the end of the month. Šefčovič, a former diplomat for the Slovakian government, said he had first met Frost, who has been accused of taking a confrontational approach with Brussels, “many years ago” and their last conversation had been “very polite, very courteous”.

“I think we both realise that we have the job to do and from my side what I want is to have as good a relationship with the UK as possible,” he said. “But, of course, I have to insist vehemently on respecting the deals we have signed.”

Šefčovič added: “It’s very difficult to operate in the environment where the government which signed and ratified this international law is actively advising the business community not to follow the rules and not respect the law. And, of course, we hope that this will be corrected.”

The UK government has said its extension of the grace periods is a pragmatic and lawful effort to allow traders further time to adapt to the changes brought by Brexit. A spokesman said “low-key operational measures like these are well precedented and common in the early days of major international treaties”.

A UK source said: “The EU needs to take a more look pragmatic approach and keep in mind that the protocol depends on cross-community consent and confidence if it is to work. It needs to protect the Belfast (Good Friday) Agreement in all its dimensions.

“We agree on the importance of getting around the table and, as we said on Monday, we are committed to discussing the issues within the joint committee in a constructive fashion.

“We have remained in touch with the EU throughout the process and have provided detail on our actions which were taken to minimise disruption in the ground in Northern Ireland.”