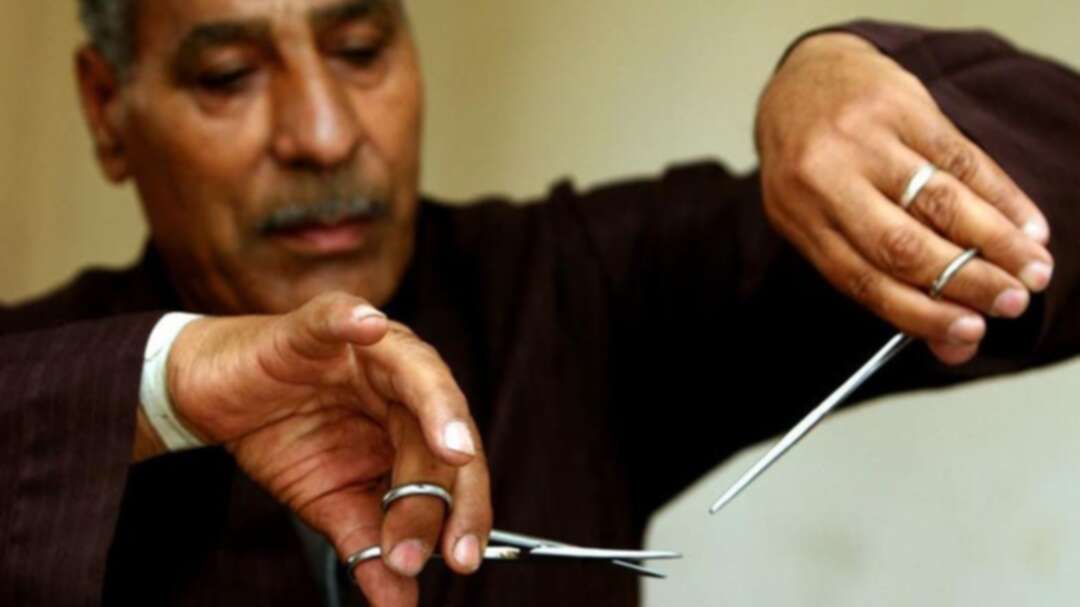 Doctors in Egypt have taken time out of their surgeries for a campaign to raise awareness of the dangers of female genital mutilation (FGM) after the death of a 12-year-old girl, saying they do not want their white coats “stained with blood”.

Genital cutting of girls was banned in Egypt in 2008, but it remains persistent – a 2016 survey by the UN Children’s Fund showed 87 percent of women and girls aged 15-49 had undergone the procedure.

The campaign, entitled “White Coats”, saw posters with the slogans “No to FGM” and “FGM is a Crime” put up at a Cairo metro station, where doctors in white coats gave out leaflets about the dangers of the practice.

Also read: It is time to stop FGM

Organizer Randa Fakhr al-Deen, head of the NGOs’ Union Against Harmful Practices on Women and Children, said the doctors had faced challenges from proponents of FGM at the station, but the campaign was important.

“We want to send a message to other doctors that we do not want our white coats to be stained with blood as well as to citizens that medicine refuses this practice,” she told the Thomson Reuters Foundation.

“Some ultraconservatives were not convinced of what we were saying, but we opened a discussion with them, responded to their arguments and answered all their questions,” she added.

World leaders have pledged to eradicate FGM by 2030, but campaigners say the ancient ritual, which typically involves the partial or total removal of the external genitalia, remains deeply entrenched in many places.

It can cause long-lasting mental and physical health problems including chronic infections, menstrual problems, infertility, pregnancy, and childbirth complications.

Last month Egyptian authorities arrested a retired doctor on a charge of carrying out illegal FGM surgery and causing the death of a 12-year-old girl. The girl’s parents were also arrested.

All have since been released, but investigations are continuing and campaigners against FGM say they expect them to face trial.

The ritual is underpinned by the desire to control female sexuality but is often justified for cultural or religious reasons in conservative societies.

Women and children’s rights groups in Egypt say the ban has not been well enforced and that much of society is permissive of FGM, which is widely practiced by both Christians and Muslims.

The majority of FGM procedures are carried out by doctors and nurses at private clinics, with the rest done at home, according to the Egypt Demographic and Health Survey of 2014.

“It is a religious thing. Do you want to change religion?” said metro user Ibrahim Hassan in response to the “White Coats” campaign. “You only listen to what the West is saying.”

In response, Fakhr al-Deen told Hassan that FGM had no basis in religion and was not taught in medical schools in Egypt.