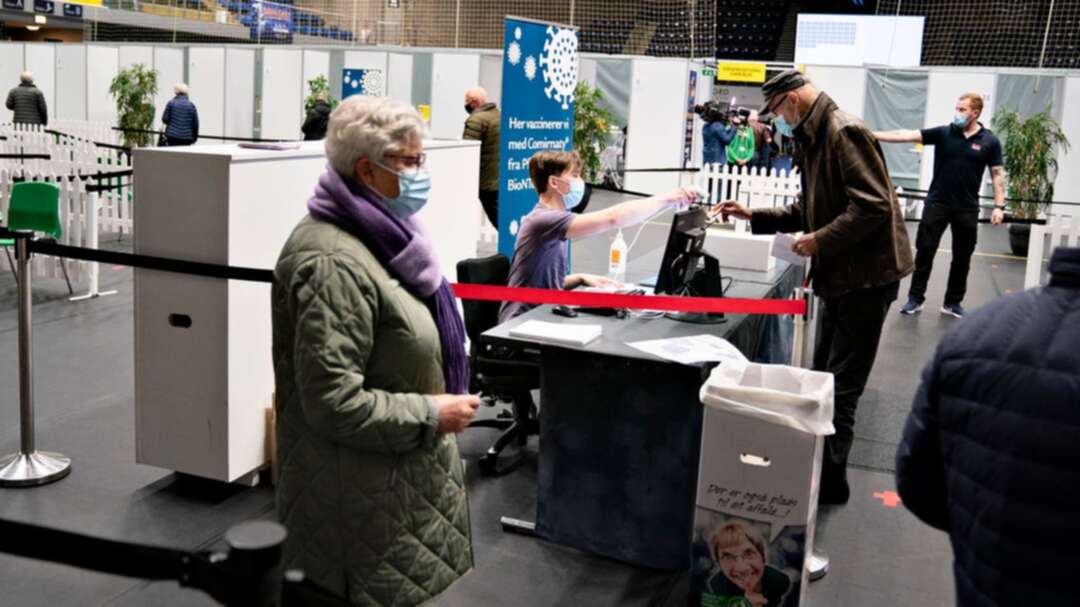 People register to be vaccinated against Covid-19 at the vaccination site in Arena Nord in Frederikshavn, Jutland, Denmark, on April 12, 2021, amid the novel coronavirus / COVID-19 pandemic. (File photo: AFP)

Denmark on Friday advanced its reopening plan on the back of stable infection rates, allowing indoor serving at restaurants and bars and some football fans to cheer from the stands from April 21, weeks earlier than originally planned.

Denmark has avoided a third wave of the COVID-19 epidemic after imposing wide lockdown measures in December, which slowed the epidemic considerably to between 500-700 daily infections from several thousands in December.As part of the deal agreed by the government and most of parliament early on Friday, the limit on outdoor public gatherings will also be raised to 50 from 10 on April 21.