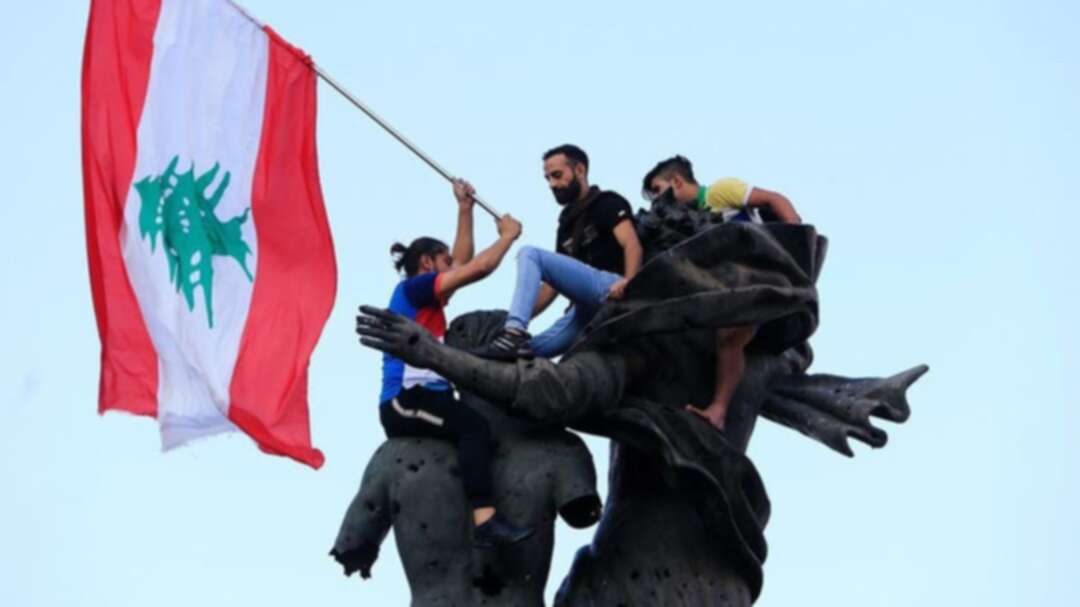 Demonstrators stand on a statue in Martyrs' Square during an anti-government protest in downtown Beirut. (Reuters)

The ongoing protests in Lebanon are a result of decades of corruption and the government’s inability to prioritize reform, an official at the US State Department told Al Arabiya.

“We support the right of the Lebanese people to peaceful protest. The people of Lebanon are rightly frustrated with their government’s inability to prioritize reform. Decades of bad choices and corruption have led the State to the verge of economic collapse,” the official said.

“We hope these demonstrations will spur Beirut to finally move forward with true economic reform,” the official added.

The official from the State Department said that the commitment to and implementation of meaningful reforms “could open up billions of dollars of international support for Lebanon.”

Lebanese Prime Minister Saad al-Hariri agreed on Sunday a package of reforms with government partners to ease an economic crisis that has sparked protests aimed at ousting a ruling elite they see as riddled with corruption.

The anti-government protests, fueled by crippling economic conditions and anger at perceived government corruption, have fanned out across the country since Thursday.