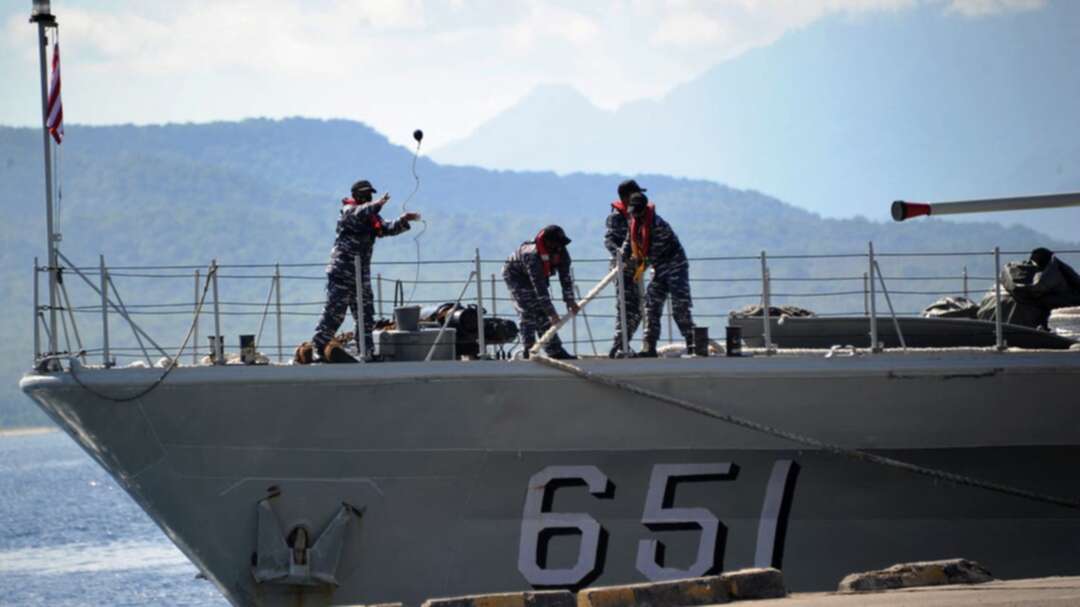 The Indonesian Navy patrol boat KRI Singa (651) prepares to load provisions at the naval base in Banyuwangi, East Java province, on April 24, 2021. (AFP)

Indonesia said Saturday that a submarine that disappeared off the coast of Bali with 53 aboard had sunk, after revealing that items and components from inside the stricken vessel had been recovered. Military

“With authentic evidence believed to be from the KRI Nanggala, we have raised the status from submiss to subsunk,” Navy chief Yudo Margono told reporters, adding that the retrieved items could not have come from another vessel.

Hundreds of military personnel took part in a frantic hunt for the KRI Nanggala 402. The submarine – one of five in Indonesia’s fleet – disappeared early Wednesday during live torpedo training exercises off the Indonesian holiday island.

There were concerns that the submarine could have broken apart as it sunk to depths reaching 700 meters (2,300 feet) – well below what it was built to withstand.

The vessel was scheduled to conduct the training exercises when it asked for permission to dive. It lost contact shortly after.

Neighboring Singapore and Malaysia as well as the United States and Australia were among nations helping in the hunt with nearly two dozen warships deployed to scour a search zone covering about 10 square nautical miles (34 square kilometers). Military