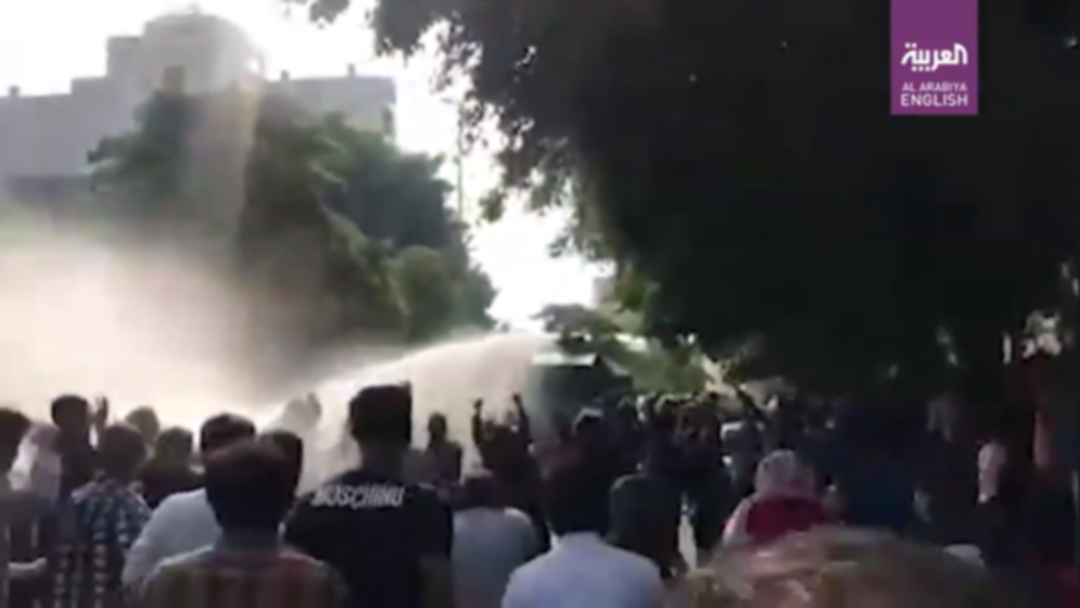 Several protests erutped across Iranian cities on Saturday, with many protesters blocking main roads with their cars and burning tires while chanting “Death to the dictator,” a day after the government announced a surprise decision to ration and hike the price of petrol.

“Unfortunately someone was killed,” Sirjan's acting governor Mohammad Mahmoudabadi said in the report, adding that the cause of the death was still unclear.

Other people were injured during the demonstrations, he said.

Mahmoudabadi emphasized that "security forces did not have permission to shoot and were only allowed to fire warning shots... which they did."

He said it was a "calm gathering" that was exploited by some who "destroyed public property, damaged fuel stations and also wanted to access the oil company's main fuel depots and set fire to them."

In the city of Bushehr, security forces used water cannons and live ammunition to disperse protesters as they chanted "dishonorable" while running away.

A number of protesters in Tehran blocked a main highway (the Hemmat Expressway) by turning off their car engines while chanting “Death to the dictator,” in a sign of rising anger against Iran’s Supreme Leader Ali Khamenei. Other protesters blocked another main road in the Iranian city of Isfahan with their cars as well.

Shiraz and Sultanabad, the capital of Iran's southern Fars province, also witnessed road closures, with some protesters burning tires. In Shiraz, Iranian protesters chanted “No Gaza. No Lebanon. I give my life for Iran,” in reference to the Iranian regime's support for Hamas and Hezbollah.

Videos circulated on social media showing Iranian protesters setting fire to the Central Bank of Iran in the city of Behbahan.

Despite the Iranian government’s blocking of the social media network Twitter, the hashtag #IranProtests is slowly making it to the top trends, with more than five tweets being sent out every one second. Other hashtags in Farsi and Arabic have emerged as well.

The demonstrations were “severe” at Sirjan in central Iran as “people attacked a fuel storage warehouse in the city and tried to set fire to it,” the news agency reported.

But police intervened to prevent them.

They were mostly limited to blocking traffic and were over by midnight, it added.

Iran imposed petrol rationing and raised pump prices by at least 50 percent on Friday, saying the move was aimed at helping citizens in need with cash handouts.

The measure was expected to bring in 300 trillion rials ($2.55 billion) per annum, the head of the country’s Planning and Budget Organisation, Mohammad Bagher Nobakht, said on state television.