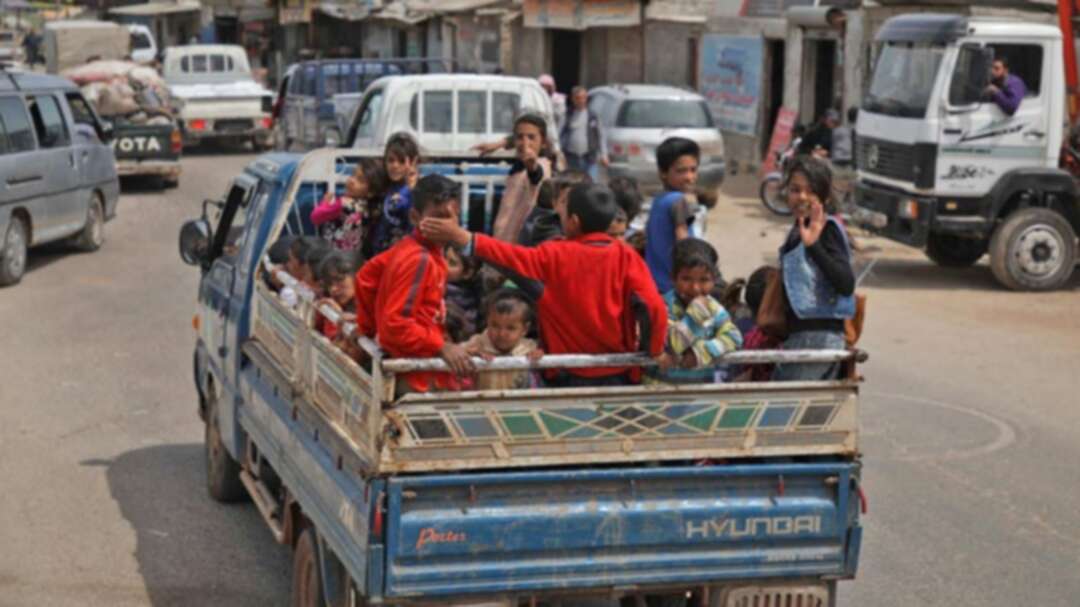 Damascus said Thursday it is opening a corridor for civilians to leave the opposition-held northwestern region of Idlib. (File photo AFP)

Damascus said Thursday it is opening a corridor for civilians to leave the opposition-held northwestern region of Idlib, where government bombardment has killed hundreds since late April, state media said.

The announcement came a day after government forces captured the key Idlib province town of Khan Sheikhun from extremists and allied oppositions.

Damascus has opened such corridors out of other opposition bastions in the past as a prelude to retaking them either by force or through negotiated surrenders.

The Idlib region, which sits on the Turkish border, is now the last major stronghold of opposition to the Russia-backed government of President Bashar al-Assad.

Wednesday’s advance saw government forces cutting of a pocket of territory stretching from the south of Idlib province into neighboring Hama, the Syrian Observatory for Human Rights, said.

“The Syrian government announces the opening of a humanitarian corridor in Souran in the northern countryside of Hama province,” state news agency SANA quoted a foreign ministry source as saying Thursday.

The corridor will be used to evacuate “civilians who want to leave areas controlled by terrorists in northern Hama and the southern countryside of Idlib.”

The Idlib region has been ruled since January by the Hayat Tahrir al-Sham alliance, which is led by extremists from Syria’s former Al-Qaeda affiliate.

The government refers to all opposition groups in Idlib as “terrorists.”

The region of some three million people was supposed to be protected by a proposed buffer zone agreed by Moscow and opposition backer Ankara last September.

But the extremists of HTS failed to pull back from the zone as agreed and in April government and Russian forces resumed intense bombardment of the region.

Around 890 civilians have been killed, according to the Britain-based Observatory.

More than 400,000 more have fled their homes, the United Nations says.

The entry of government forces into Khan Sheikhun raises the stakes between Damascus and Ankara, which has troops deployed in the nearby town of Morek and is now cut off.

The war in Syria has killed more than 370,000 people since it started with the brutal suppression of anti-government protests in 2011.