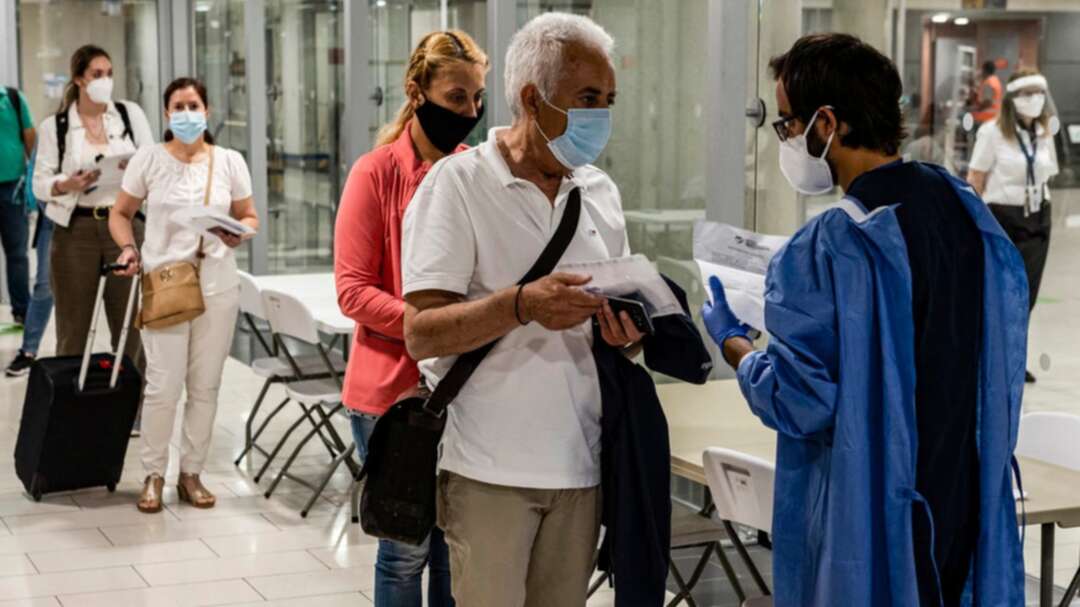 A health worker checks the medical documents of mask-clad travelers arriving at Cyprus' Larnaca International Airport on June 9, 2020, before being screened for COVID-19 coronavirus symptoms on their way to passport control. (File photo: AFP)

Cyprus will acquire Russia’s Sputnik V COVID-19 vaccine if it is approved by the European Medicines Agency (EMA), a senior official said on Tuesday, the latest European Union member to express interest in the shot.

The EU has approved four vaccines so far and has signed deals with Western vaccine makers on behalf of the 27-member bloc, but production glitches have slowed the rollout and some member states are seeking their own solutions.Cypriot government spokesman Kyriakos Koushos was quoted by the semi-official Cyprus News Agency saying authorities would order 50,000 doses, subject to prior vetting and approval by the pharmaceuticals regulator.

Hungary and Slovakia have acquired the Russian vaccine, and the Czech Republic has said it may place an order.

A health ministry spokesperson in Cyprus told Reuters last week authorities could not take a position on whether the specific vaccine or any other vaccine should be approved unless all available data was assessed by the EMA.

The EMA had on March 4 announced it had started a rolling review of the vaccine. That review would speed up any approval process by allowing researchers to submit findings in real-time before final trial data is ready.

The shot’s efficacy was initially greeted with skepticism by some Western scientists after Russia approved it in August last year without waiting for the results of full clinical trials.

However, scientists said it was almost 92 percent effective in fighting COVID-19, based on peer-reviewed late-stage trial results published in The Lancet medical journal last month.