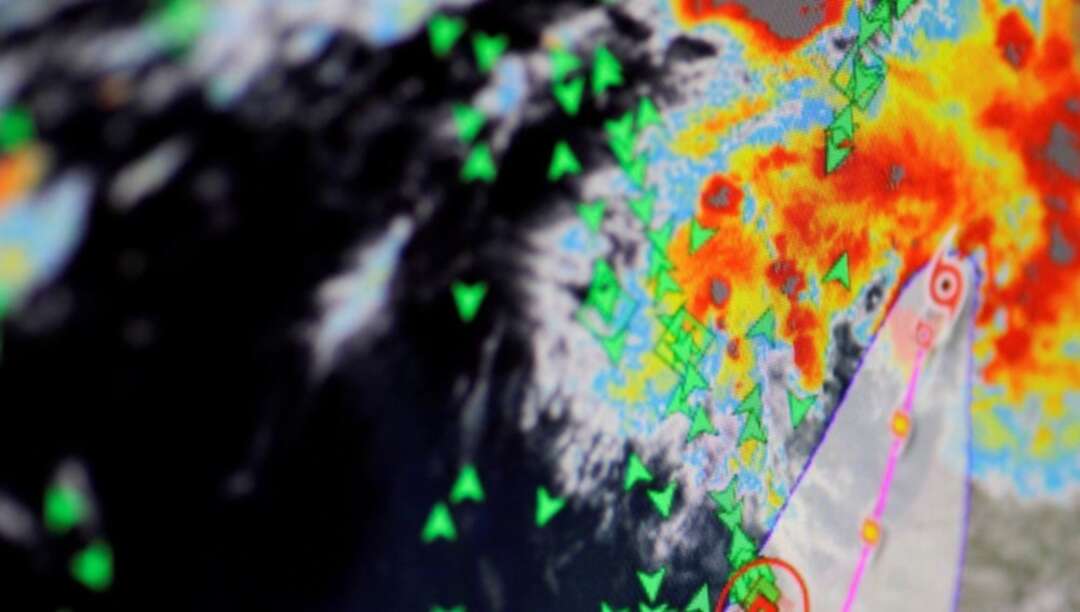 A cyclone is shown approaching Port Hedland, Australia, on an Eikon ship-tracking screen in this illustration photo January 11, 2018. (Reuters)

A tropical cyclone off Australia’s west coast destroyed several homes and cut electricity to tens of thousands of people overnight before weakening in power on Monday morning.

Officials said around 70 percent of the structures in the coastal town of Kalbarri, about 500 kilometers (310 miles) north of state capital Perth, had sustained damage when the category three storm made landfall late on Sunday.

Tropical cyclone Seroja was downgraded after making landfall to a category two system and was forecast to continue to weaken throughout the day, although officials warned it would still bring potentially damaging wind gusts and heavy rain.

The region was on high alert for the storm, given that houses and other buildings were not constructed to withstand tropical cyclones, which usually do not push so far south.

“This is a rare weather event for people in southern and eastern parts of WA,” the Bureau of Meteorology said.