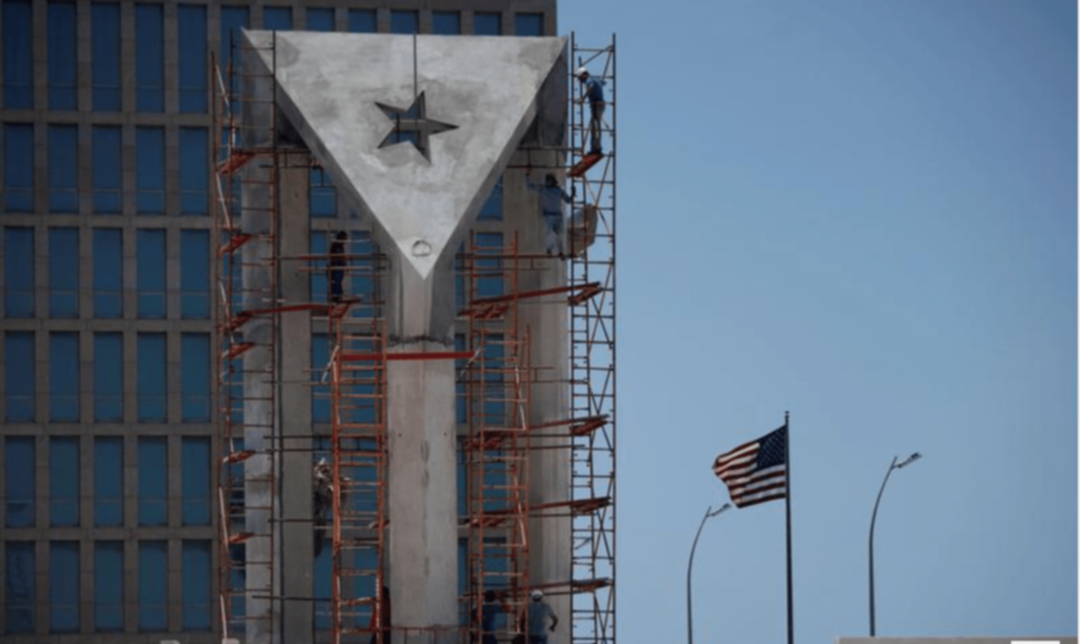 Cuba charged on Tuesday that the Biden administration has continued the policies of former U.S. President Donald Trump against Havana with a decision to maintain a Trump-era determination that it is not fully cooperating in the fight against terrorism.

“I hereby determine and certify to the Congress that the following countries are not cooperating fully with United States antiterrorism efforts,” U.S. Secretary of State Antony Blinken wrote in a brief note, which listed Cuba along with Iran, Democratic People's Republic of Korea, Syria and Venezuela.

The note was signed by Blinken on May 14 but was not released until Tuesday.

“The slander is surprising and irritating as are the application of Trump's policy and his 243 sanctions,” the Communist-run country’s foreign minister, Bruno Rodriguez, tweeted.

Asked to explain the U.S. decision, a U.S. State Department representative said on Tuesday: "In making the annual determination on ‘not cooperating fully,’ we undertake a review of a country's overall level of cooperation in our efforts to fight terrorism.”

The State Department representative added the decision was made under a “separate statutory authority” than the one for state sponsors of terrorism.

The State Department representative added the decision was made under a “separate statutory authority” than the one for state sponsors of terrorism.

U.S. President Joe Biden, a Democrat, vowed during his campaign to reverse some of Republican Trump's Cuba measures that “have inflicted harm on the Cuban people and done nothing to advance democracy and human rights.”

He was vice president when former President Barack Obama agreed to a historic detente with then Cuban President Raul Castro and in 2016. Trump, after taking office in 2017, re-imposed many of the restrictions on Cuba business and travel that Obama had eased or lifted.

Those who supported detente on and off the Caribbean island had high hopes Biden would quickly reverse Trump’s policy, but his administration has said a shift in policy toward Cuba is not among its top foreign priorities.

Calling human rights a core pillar of U.S. Cuba policy, a senior White House official told Reuters this month that Biden remains committed to promises of loosening the flow of remittances from Cuban Americans and easing restrictions on family travel to the island. But the official declined to say when such moves might happen.

Trump designated Cuba a state sponsor of terrorism just before leaving office, a designation the Biden administration says it is reviewing. Trump set the stage for putting Havana on the U.S. blacklist when in May 2020 he placed it back on the list of countries that do not cooperate fully with U.S. efforts to counter terrorism.

"This is odd since Cuba is already on the state supporter of terrorism list, which is obviously a more severe designation than non-cooperating," said William LeoGrande, a professor of government at American University in Washington, referring to Blinken's note. He added the listing only restricted arms sales and had to be renewed by May 15.

Nevertheless, numerous experts said it was one more signal that Biden was not Obama when it comes to Cuba.

“Biden has been largely inactive and silent on Cuba policy, indicating a lack of shift away from Trump's posture," said Andrew Zimbalist, a Cuba expert at Smith College in Northampton, Massachusetts.

“To my knowledge, this is the first proactive policy step and, hence, appears to be a harbinger of a non-return to Obama's engagement,” he added.

Bank of England does not expect rates to go high Any aggression against Jerusalem will lead to war in the region, Nasrallah says