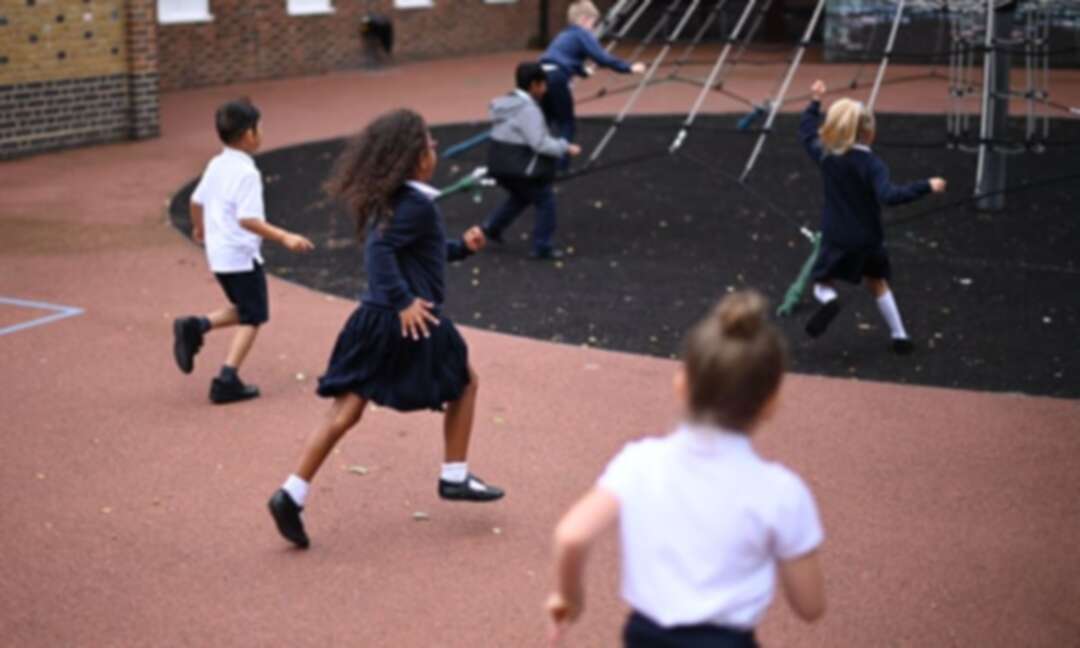 Nearly a quarter of primary school pupils have been taught in-person this February, and experts warn over infection spread occurring at the school gates.

Covid infections have fallen by two-thirds in a month in England but the virus is now spreading most among primary-age children and young people, research suggests.

The React 1 study from Imperial College London points to the third national lockdown having significantly curbed the spread of the coronavirus despite the emergence of new variants.

Prevalence remains high however, with about one in 200 people infected with Covid between 4 and 13 February, compared with about three times that number between 6 and 21 January, the interim findings showed.

On Wednesday scientists told MPs that the UK could begin to ease out of lockdown more quickly than it did the first time round.

Mark Woolhouse, professor of infectious disease epidemiology at the University of Edinburgh, said: “I think we do have reasons to be more confident that we can move out of lockdown swifter than we could have done out of the first one.”

Woolhouse told the Commons science and technology committee that reviews of evidence shown that schools could have safely reopened sooner and that outdoor spreading of the virus was very rare. School reopenings had not caused a surge in cases across western Europe while to his knowledge there had never been an outbreak linked to a beach anywhere in the world, he added.

But other experts warned of the need for “careful” in the reopening of schools – expected to start from 8 March in England, and from 22 February in Scotland and Wales – in light of the React study data.

The researchers said the decline in prevalence in England was seen across all age groups, with Covid now most commonly found among 5- to 12-year-olds and 18- to 24-year-olds. Researchers said there was no sign yet in their data of the impact of the UK’s vaccination programme on infections; the drop in prevalence was similar among the over-65s as with other age groups.

The team suggested the relatively high prevalence in younger children could be due to a greater proportion of this age group still attending school. A survey found in February that nearly a quarter of primary school pupils were being taught in-person.

But Prof Paul Elliott, of Imperial College London, director of the React programme, stressed infections could be picked up beyond the classroom, such as while collecting children from school.

Prof Steven Riley, another author of the report from Imperial College, said the reopening of schools was thought to increase the R (virus reproduction) number slightly but that the move remained the highest priority as the country left lockdown; there would need to be “a very delicate trade-off”.

Christina Pagel, professor of operational research at University College London, and a member of the Independent Sage group of experts, who was not involved in the study, said that the React results were encouraging.

But she said the finding that Covid was more common among younger children was of potential concern if linked to primary school attendance. “If this is the reason, it’s a sign that opening schools in March has to be done very carefully,” she said.

Elliott said the decline in prevalence since the previous React study had happened across England, and was particularly dramatic in London, England’s south-east and the West Midlands. However, the fall was less clear in some other parts of the country, including Yorkshire and the Humber; prevalence was now highest in the north-east and north-west.

The population surveillance study, which has yet to be peer reviewed, suggests that infections are halving every 15 days. If the trend is similar to that for infections it could take more than six weeks for cases to fall below 1,000 a day – from 12,718 on Wednesday and 9,236 on Tuesday – as advocated by the former health secretary Jeremy Hunt before restrictions can be significantly lifted.

Elliott said infections had dropped but prevalence remained higher than when the study began in May 2020. “The last time we saw a prevalence of this rate was around late September last year,” he said.