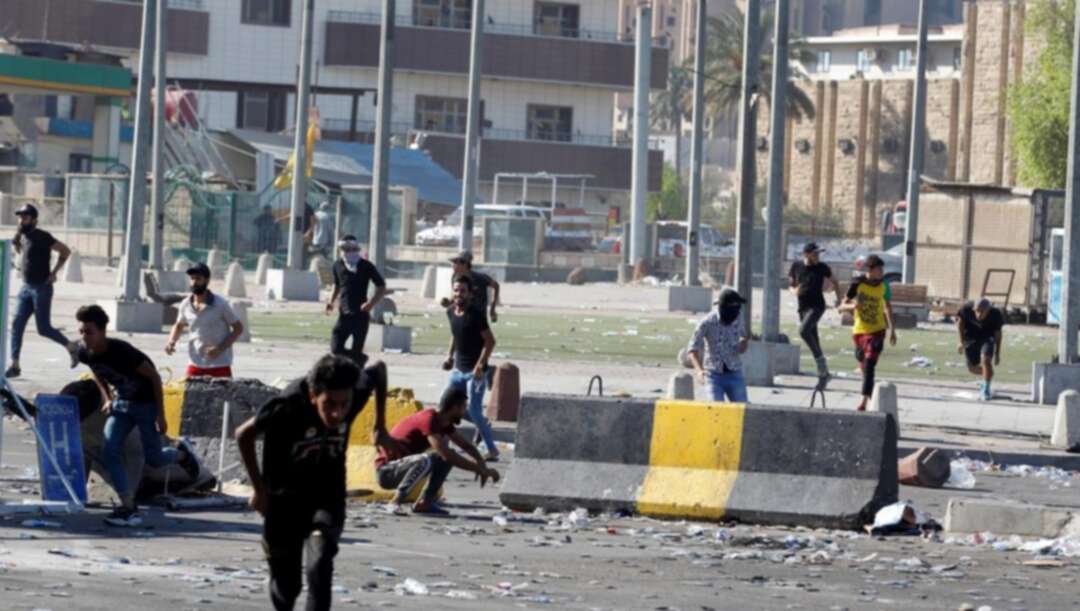 Throughout the recent days of demonstrations, "corruption" has become a prominent headline that took Iraqis to the streets of the capital, Baghdad, and other cities protesting against practices they believe to be draining their country's rich resources .

The October 2019 demonstrations were not the first of its kind against corruption in Iraq. The city of Basra, in the south of the country, has witnessed similar demonstrations during the summer of 2018 that condemned the poor public services and corruption, and also demanded creating job opportunities and reforms in government agencies.

However, according to official statistics, the current demonstrations, being the bloodiest so far, have caused the death of more than 100 people and left thousands in injury during an unprecedented protest movement in Baghdad and several southern provinces. The protest has condemned the performance of the government and demanded the prosecution of corrupt officials, combating unemployment and the provision of public services.

The demonstrations that set off last Tuesday witnessed violence, gunfire and burning down of a number of headquarters of political parties who the demonstrators accuse of being behind the acts of corruption in the country.

On Saturday, the Iraqi government issued a series of resolutions described as "CRUCIAL" during an exceptional session held under the chairmanship of Prime Minister Adel Abdul Mahdi, in response to the demands of participants in the protests.

The new resolutions included 17 paragraphs, most notably: facilitating access to residential land, building new units, in addition to granting 175 thousand dinars (about $ 145) per month to the unemployed for three months.

The decisions also included the establishment of modern commercial areas, shopping malls, in Baghdad and other provinces.

The "Corrective Decisions" package is clearly aimed at improving the life style of citizens and mitigating the effects of corruption that is consuming the Iraqi body.

According to Transparency International reports, many Iraqis are unable to provide for a living, and Iraq is ranked 12th in the list of the most corrupt countries in the world even though the country is excessively rich .

A march of corruption has "swallowed" billions of dollars. It is reported that since 2003, the country has lost about 450 billion dollars due to corruption operations.

Unemployment has been on the rise—estimated at 23 percent by the Central Bureau of Statistics in Baghdad this year. Meanwhile the International Monetary Fund announced in mid last year that youth unemployment rate has reached more than 40 percent.

According to the Iraqi Ministry of Labour and Social Affairs, Iraq's oil resources account for 89 percent of its budget and 99 percent of its exports. Yet, it only provides 1 percent of job opportunities in national labour.

Despite the fact that the volume of oil reserves in Iraq which amounts to about 112 billion barrels, poverty haunts 22 percent to more than 31 percent—in some provinces of the south—of Iraqis.

According to the Finance Committee of the Iraqi Council of Representatives, inflated expenditures have created the largest budget deficit reaching up to $ 23 billion this year and expected to exceed $ 30 billion by 2020.

The Iraqi economy suffers many other problems such as lack of industry, the collapse of infrastructure, poor performance of the agricultural and commercial sectors, aggravated security problems and a weak law sector.

According to a lengthy report by the Washington Institute for Near East Studies published months ago, one Iraqi study estimated that financial corruption has depleted around 25 percent of public money.

About a year ago, Iraqi media addressed about 800 files of corruption under investigation.

International sources agree that the record of corruption in Iraq has worsened in the past decades. According to "Transparency International" Iraq ranked 117 out of 133 countries in 2003 before falling back to 169 out of 180 countries.

Iraqi political commentators often point out that the main cause of corruption in the country is "sectarianism" and the distribution of official or government positions among political groups and communities under what is known as quotas.

According to the Washington Institute for Near East Studies report, some argue that quotas have made corruption "commonplace" in Iraqi institutions and entrenched it in the political system. Others claim that political parties in Iraq are manipulating the consensual system to achieve their own interests.

According to the Washington Institute report, the quota system has political, economic and legal characteristics that systematically promote and strengthen corruption.

Politically, quotas allow easy access to the government as well as allocate jobs to supporters of political parties in power.