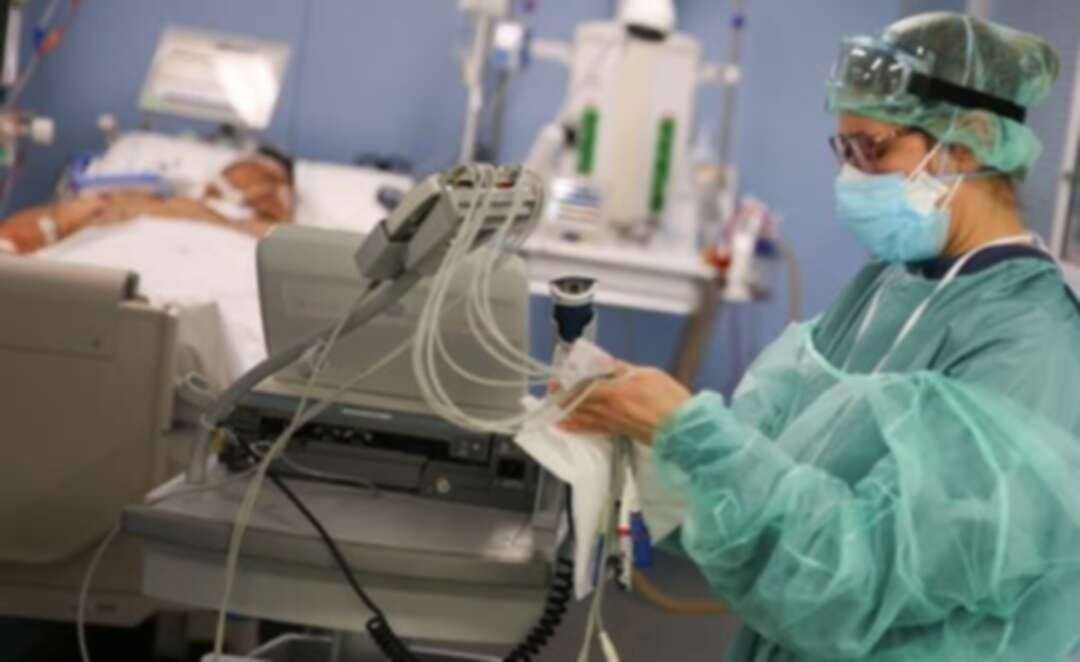 A hospital staff member prepares to treat a patient suffering from the coronavirus disease (COVID-19), in the Intensive Care Unit (ICU) at the Hospital de Sant Pau, in Barcelona on January 21, 2021. (Reuters)

“The other things in the guidance that are new are that COVID-19 patients at home should have the use of pulse oximetry, that’s measuring the oxygen levels, so you can identify whether somewhat at home is deteriorating and would be better off having hospital care,” WHO spokeswoman Margaret Harris told a UN briefing in Geneva.

The WHO advised clinicians to put patients into the awake prone position, on their front, shown to improve the oxygen flow, she said. 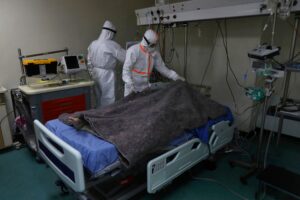 A medical staff covers with a blanket the body of a 35-year-old woman infected with COVID-19, at the intensive care unit of the Rafik Hariri University Hospital in Beirut, Lebanon. (AP)

She added that a WHO-led team of independent experts, currently in the central Chinese city of Wuhan where the first human cases were detected in December 2019, is due to leave quarantine in the next two days to pursue its work with Chinese researchers on the virus origins.

She declined to comment on reports of delays in roll-out of vaccines in the European Union. She said she had no specific data and the WHO’s priority was for health workers in all countries to be vaccinated in the first 100 days of the year.

AstraZeneca, which developed its shot with Oxford University, told the EU on Friday it could not meet agreed supply targets up to the end of March.

Iran: US won’t have ‘all the time in the world’ to rejoin nuclear deal Coronavirus: Morocco prepares to launch COVID-19 vaccination programme