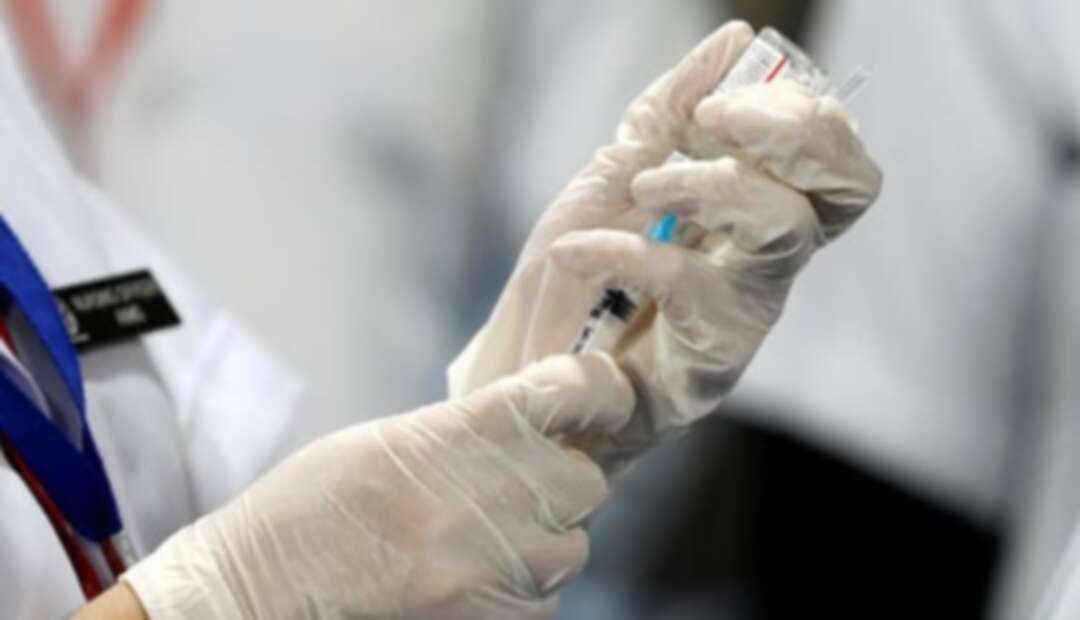 Vials with a sticker reading, COVID-19 / Coronavirus vaccine / Injection only and a medical syringe are seen in front of a displayed AstraZeneca logo in this illustration taken October 31, 2020. (Reuters)

Morocco’s health ministry has started distributing COVID-19 vaccines across the country as it prepares to become the first African state to roll out a mass immunization program this week.

Appointments have been made for health workers and citizens are registering online to receive the vaccine in 3,000 locations, said Ben Azouz Mohammed, head of the ministry’s vaccination program.

Morocco on Friday received 2 million doses of the AstraZeneca vaccine manufactured by India’s Serum Institute and it expects to get 500,000 doses of vaccine from China’s Sinopharm on Wednesday.

The virus has hit Morocco hard, shrinking the economy by 7.2 percent last year according to the International Monetary Fund, with unemployment surging to almost 15 percent as nearly three quarters of a million jobs were lost.

Friday’s vaccine delivery followed weeks of delays, with Moroccan officials repeatedly promising the imminent start of the roll-out from December.

Rabat has placed orders for 66 million doses, with 25 million from AstraZeneca and the rest from Sinopharm as it targets the vaccination of 25 million people - four fifths of its population - over three months.

However, with increasing global competition for vaccine doses, Morocco’s ability to roll out a widescale national program depends on a steady flow of supply, Mohammed said.

Morocco has chosen to focus on the conventional vaccines developed by AstraZeneca and Sinopharm which do not require ultra-cold storage but do need two doses.

The country signed a deal with Sinopharm in August which involved conducting clinical trials in Morocco as well as announcing plans to set up a production plant. It agreed a deal in September to buy AstraZeneca vaccine doses.

Unlike many other developing countries, Morocco negotiated supply directly with manufacturers instead of going through mediators or via the World Health Organization, a health ministry source said, a decision that speeded up access to the vaccine.