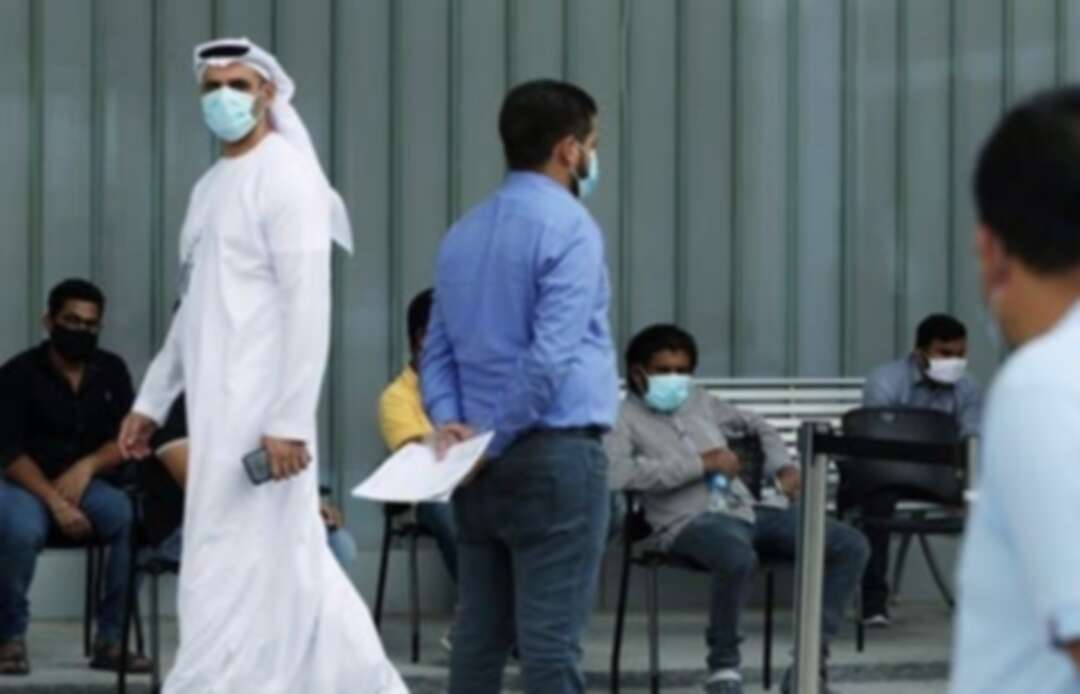 A member of hospital staff watches over people queuing to be tested, amid the coronavirus outbreak, at the Cleveland Clinic hospital in Abu Dhabi, UAE, April 20, 2020. (Reuters)

The UAE set a record on Saturday with 3,566 new COVID-19 cases confirmed over the past 24 hours, according to the NCEMA.

The death toll remains relatively low at 783 as of January 22, with seven new fatalities reported since yesterday.

The UAE has seen a drastic spike in cases over the past several weeks. Dubai, which has been a tourist hotspot for people escaping lockdowns in their countries, has implemented new restrictions to try and slow the spread. Authorities have also noted that a number of businesses have not been complying with preventative measures.

Restaurants can only seat seven people at each table, down from 10. They are also required to keep a distance of three meters between all tables.

Permits for live entertainment at restaurants and hotels in Dubai have also been suspended until further notice.

Authorities have also issued more than 200 violations and shut down 20 businesses for “non-compliance with guidelines,” according to the Dubai Media Office.