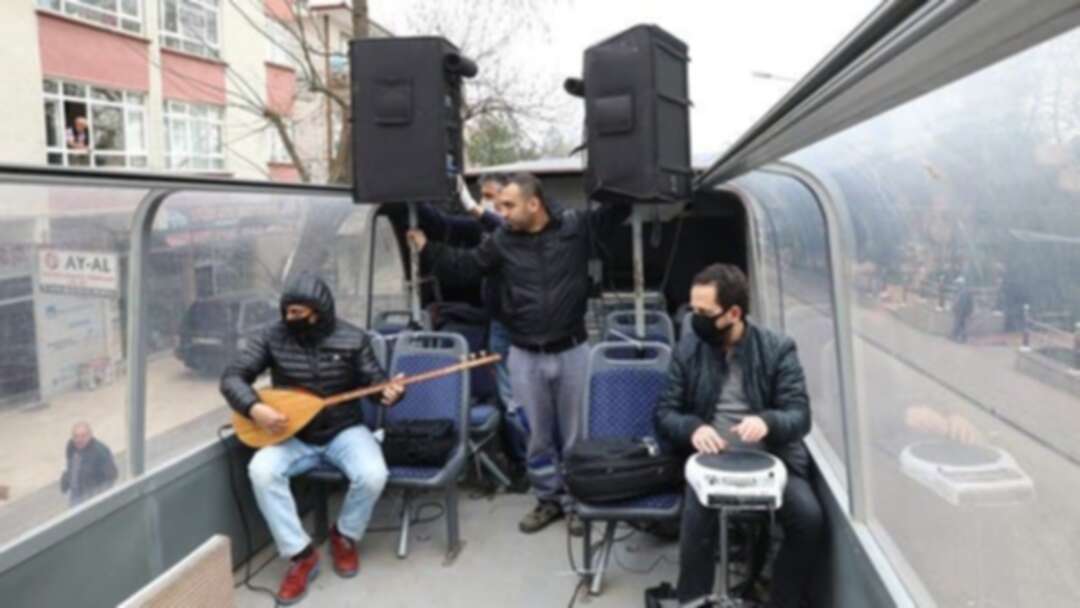 Artists from the Kecioren municipality conservatory give a concert for residents stuck at home from the roof of a bus on April 2, 2020, in Ankara, as the country is under lockdown. (AFP)

Turkey on Sunday said working youth, including seasonal agricultural labor, will be exempted from a confinement order imposed as part of tougher measures against the coronavirus outbreak.

President Recep Tayyip Erdogan on Friday issued a mandatory confinement order for everyone aged under 20 starting from midnight, in the latest series of measures taken nationwide.

Public and private sector employees, as well as seasonal agricultural workers under 20, will now be exempted, the interior ministry said in a circular.

People aged over 65 or those with chronic medical conditions are already subject to mandatory confinement in Turkey.

Turkey’s death toll from coronavirus topped 501, according to the official figures as of Saturday, while the number of cases reached nearly 24,000. Turkish authorities have closed schools, suspended international flights and banned mass prayers and gatherings to stem the spread of the virus in the country of 83 million.