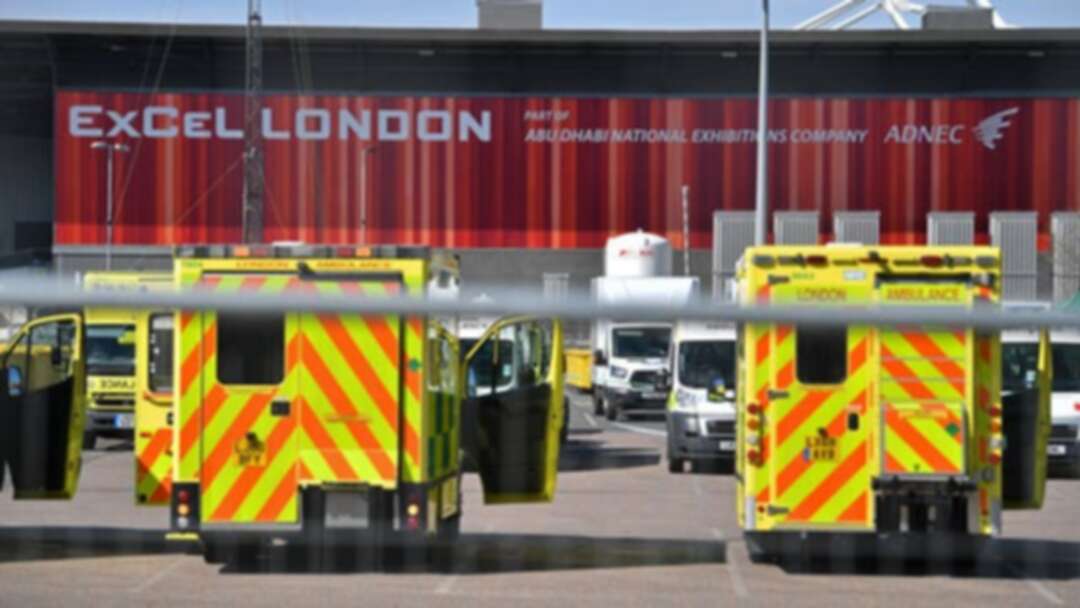 Ambulances seen parked outside the ExCeL London exhibition center which has been transformed into an NHS field hospital amid the coronavirus pandemic. (File photo: AFP)

Abu Dhabi National Exhibitions Co. PJSC had initially been asking for as much as 3 million pounds ($3.68 million) in rent per month for the ExCeL center near London’s Canary Wharf financial district, the Sunday Times reported earlier. The site is being turned into a 4,000-bed field hospital for coronavirus cases, making it one of the world’s largest.

“The initial agreement with the NHS included a contribution to some fixed costs, ExCeL Chief Executive Jeremy Rees said in a statement following the Sunday Times report. “We have since decided to cover the fixed costs ourselves.

Private equity group Blackstone had already waived the rent at its center in Birmingham, which is being turned into the second of the NHS’s Nightingale hospitals.

And acquired the ExCeL center in 2008 for more than $600 million. Coronavirus: Abu Dhabi

“We are doing all that we can to help the U.K. through these challenging times, said Managing Director Humaid Matar Al Dhaheri. “To be clear, profit has always been the furthest thing from our minds. levant