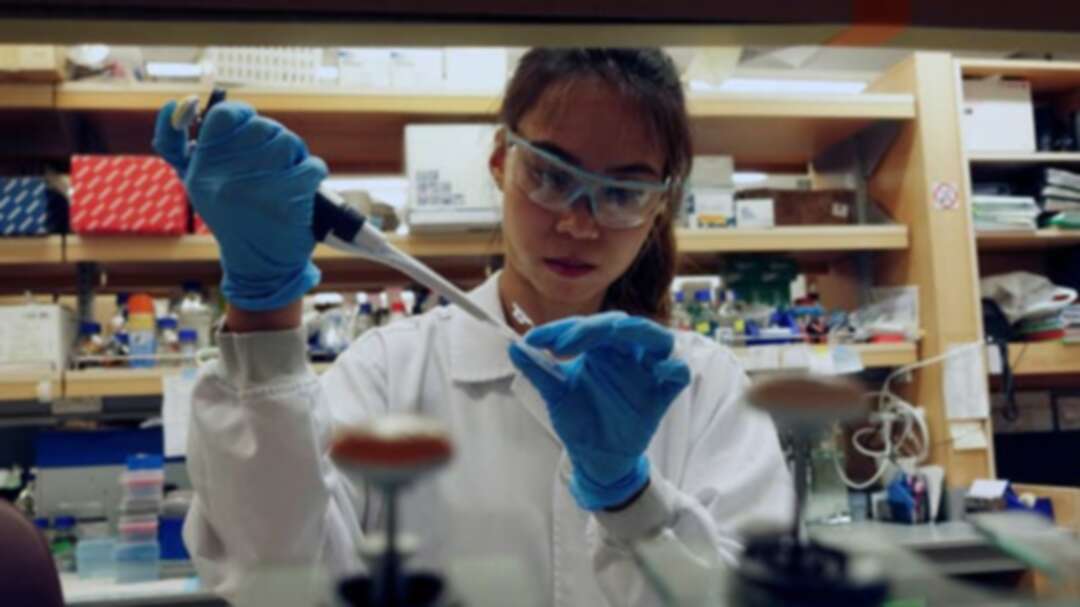 A researcher works on test samples of coronavirus in Singapore. (File photo Reuters)

No G7 country has yet developed an antibody test which could say with certainty that a person has had coronavirus and is now immune from it, according to statements by the UK’s Health Secretary Matt Hancock on Friday. Coronavirus

Countries across the world are racing to develop and acquire tests for coronavirus, including both nasal swab kits, which diagnose a patient currently suffering from the virus, and antibody tests, which should reveal whether a person has previously had it.

Governments hope that antibody tests could be a long-term solution to ending partial or complete lockdowns, as they would theoretically allow governments to identify people as immune to the disease – having suffered from it before – and send them back to work.

However, it appears no country has yet developed a test that can provide reliable results – with several countries having to return thousands of faulty tests.

None of the G7 countries - Canada, France, Germany, Italy, Japan, the United Kingdom, and the United States – has developed a reliable test, said Hancock after a G7 call on Friday.

“On the G7 call earlier it was clear that no G7 country has found a home antibody test that works,” he said.

“But we continue to search for one

The UK is reportedly considering the rollout of “immunity passports” after mass antibody testing as its solution to the coronavirus crisis. It has provisionally ordered 17.5 million antibody tests.

In March, British company Mologic said it has begun sending prototypes of a 10-minute coronavirus antibody test, which will reportedly cost about $1, to laboratories for validation. Mologic, which created one of the first at-home pregnancy tests, said it is aiming the test to be rolled out by June – assuming the trials are successful.

Germany has also announced plans to roll out mass testing for antibodies as part of its solution.

Large-scale testing for coronavirus antibodies – involving plans to regularly test over 100,000 people – is set to start in April if researchers are given government permission, according to a spokeswoman for Brunswick’s Helmholtz Institute for Infectious Disease Research quoted in German newspaper Der Spiegel.

“You could give immune people something similar to a vaccination certificate that could allow them exceptions from limits on their activities,” Helmholtz Institute epidemiologist Gerard Krause was quoted as saying in Der Spiegel.

Spain, which has the highest death toll from coronavirus in the world at 11,744 as of Saturday, was forced last week to withdraw tens of thousands of rapid-detection tests due to them being unreliable. The fiasco highlights that both rapid-detection and antibody tests are under scrutiny for their reliability.

According to Spain’s health ministry, the government has withdrawn 58,000 Chinese-made coronavirus testing kits after they accurately detected the virus only 30 percent of the time.

The health ministry said it bought the kits from a Spanish company who had acquired them from a Chinese manufacturer and had the necessary paperwork.

“The first tests on the rapid testing kits were carried out simultaneously by a hospital in Madrid and by the Carlos III Health Institute, and as soon as their low sensitivity was discovered, they were withdrawn,” said the ministry.

One reason why governments are facing problems with antibody tests stems from how the immune system works, experts have suggested.

Antibody tests are designed to establish whether people have previously been infected, as opposed to antigen tests which show if someone has the COVID-19 disease caused by the virus.

If a person has previously been infected with coronavirus and recovered, they will develop a measurable serum antibody, according to Dr. Peter Hotez, co-director of Texas Children’s Hospital Center for Vaccine Development.

“When you get infected with any virus, you develop an antibody response to the virus within one or two weeks and that is usually what clears the infection,” said Dr. Hotez, who is also the dean of the National School of Tropical Medicine at Baylor College of Medicine, in an interview with Al Arabiya English.

However, the tests come with risks of false negatives due to the time the immune system takes to generate antibodies, according to Dr. Timothy Brewer, professor of epidemiology at the UCLA Fielding School of Public Health.

“Because it takes time for the body’s immune system to generate antibodies against a specific pathogen, antibody tests may be negative early in the course of infection,” Brewer was quoted as saying in Quartz magazine.

“Antibody tests sometimes have trouble distinguishing between infections from closely related pathogens,” added Brewer, which means they could lead to false negatives.

These limitations are of concern for countries such as the UK and Germany considering the “immunity passport” solution to the crisis, suggesting that a more reliable test is needed before lockdowns across the world are lifted. levant