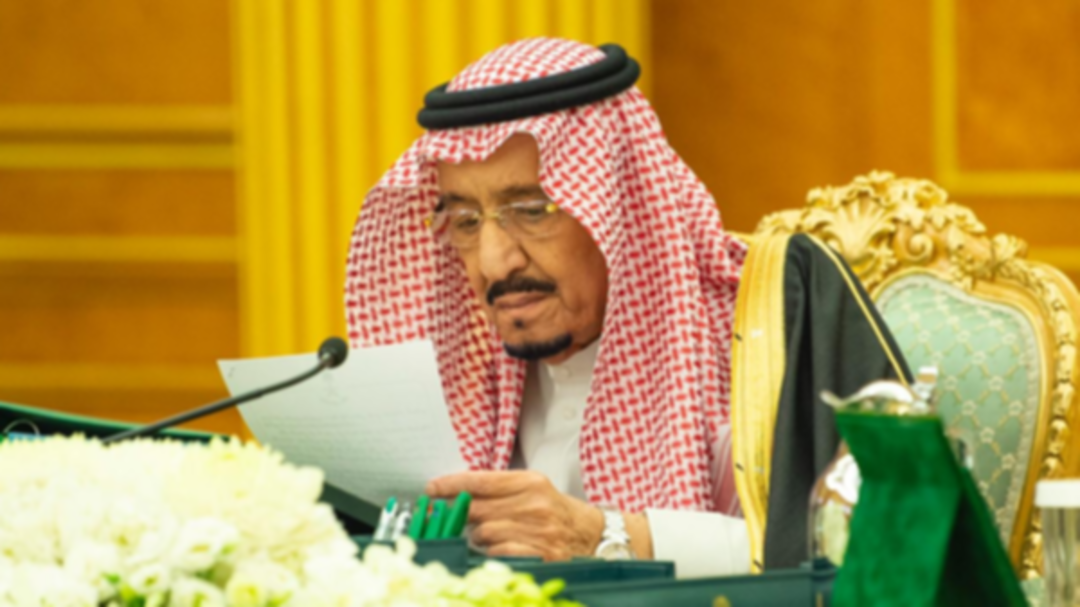 King Salman during a Saudi Cabinet meeting on December 24 2019. (SPA)

Residents in Saudi Arabia are banned from entering or exiting Riyadh, Mecca, and Medina as of Thursday, according to new coronavirus prevention measures approved by King Salman bin Abdulaziz. Saudi Arabia’s King Salman

King Salman also approved a measure that bans residents in the Kingdom’s 13 regions from traveling between different areas.

In a larger effort to contain the spread of the deadly virus, the recently imposed curfew will begin at 3 p.m. instead of 7 p.m. in the tree cities of Riyadh, Mecca, and Medina as of Thursday, according to a statement by the Ministry of Interior.

The ministry said curfew exemptions still apply to those in vital public and private sectors such as security, military, and media. Those who work in health services are also excluded from the curfew. Saudi Arabia’s King Salman

The Kingdom confirmed its first coronavirus death on Tuesday. Saudi Arabia's total number of infections is 767 as of yesterday, according to the health ministry. levant