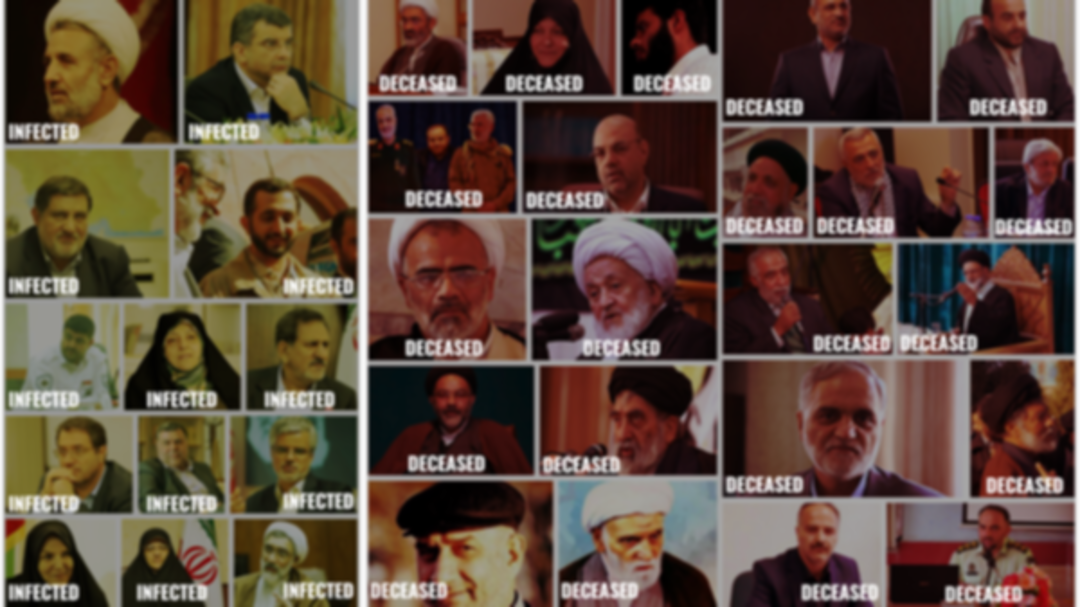 Iranian officials infected and killed by the coronavirus.

At least 17 Iranian regime figures have died from coronavirus and 12 others have been infected since the beginning of the outbreak in the Islamic Republic, according to reports by state media outlets.

Karam was the head of current Iranian president Hassan Rouhani’s campaign in Khuzestan province during the 2017 presidential election.

Iran’s Assembly of Experts is a clerical body that supervises, appoints and in theory, can sack the Supreme Leader.

Matthaei-Golpaygani had blamed the coronavirus outbreak on the US before his death.

“In my opinion, America is the source of coronavirus … American soldiers produced and spread the virus in China,” he said in a speech on February 22.

In an unusual admission, Shabani had explicitly said in August 2018 that the Houthi militia carried out Iran’s orders by attacking two Saudi tankers in Bab al-Mandeb Strait.

“We told the Yemenis to attack the two Saudi tankers, and they attacked,” Shabani was quoted as saying by several Iranian state media outlets.

Hossein Asadollahi, another senior IRGC commander, is suspected to have died from coronavirus.

Several state news agencies reported on Saturday that Asadollahi died of “chemical injuries” sustained during the eight-year-long war with Iraq (1980-1988).

Some Iranian exile run media outlets, however, reported that Asadollahi died of coronavirus.

According to official statistics, 150,000 in Iran have lung injuries from exposure to chemical weapons during the war with Iraq.

These individuals are particularly vulnerable to coronavirus.

The virus has also infected at least 12 regime figures in Iran, according to reports by state media outlets.

Iran’s first Vice President Eshaq Jahangiri is one of the infected officials, according to a report by the semi-official Fars news agency on March 11.

Fars reported on the same day that Tourism Minister Ali Asghar Mounesan and member of the Expediency Council Mohammad Ali Iravani have also been infected with the coronavirus. Iravani is also a member of Supreme Leader Ayatollah Ali Khamenei’s office.

Several other regime figures have been infected and killed by coronavirus in Iran. levant