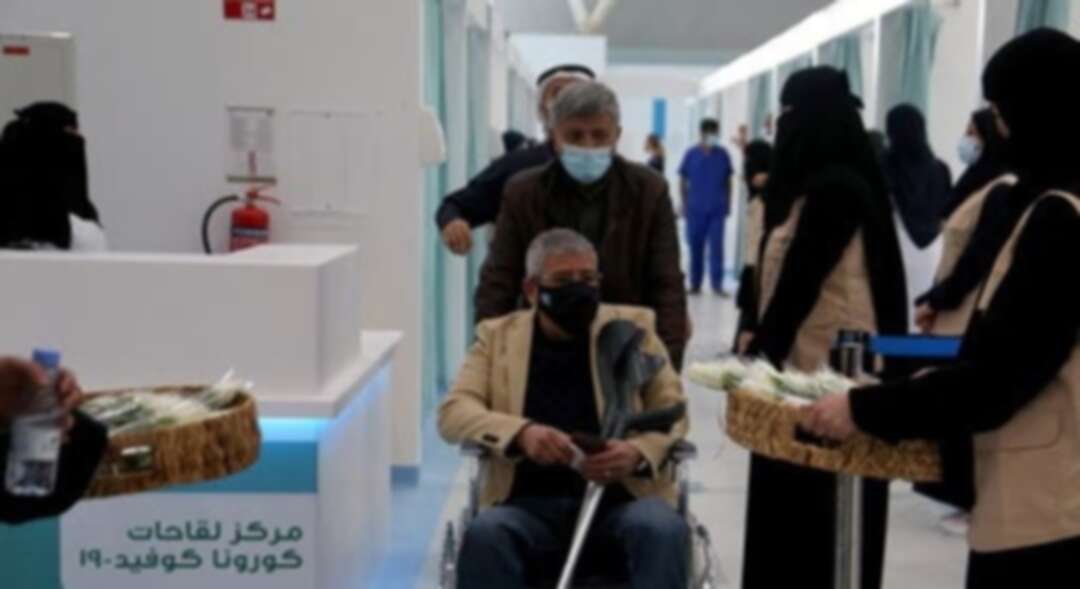 A man in a wheelchair leaving after he received dose of a coronavirus disease (COVID-19) vaccine, in Riyadh, Saudi Arabia December 17, 2020. (Reuters)

Saudi Arabia reported 118 new coronavirus cases on Wednesday, as the number of daily infections in the Kingdom continues a declining trend.

The Ministry of Health reported 118 new COVID-19 infections, 144 recovered patients and seven deaths over the past 24 hours.

The number of active cases being treated stood at 2,206, and 351 out of those are in critical condition.

Riyadh region had the highest number of new cases, followed by Mecca region and Eastern Province.

The number of daily new cases in Saudi Arabia has recently dropped from highs of several thousand to double digits.

On January 3, the ministry said the number of daily cases dropped to 82 for the first time in months. On January 4, it reported 94 new infections.

The ministry said the coronavirus vaccine centers in Riyadh, Jeddah and the Eastern Region were witnessing a massive turnout by citizens and residents. It also said more vaccination centers will be launched soon all regions of the Kingdom.