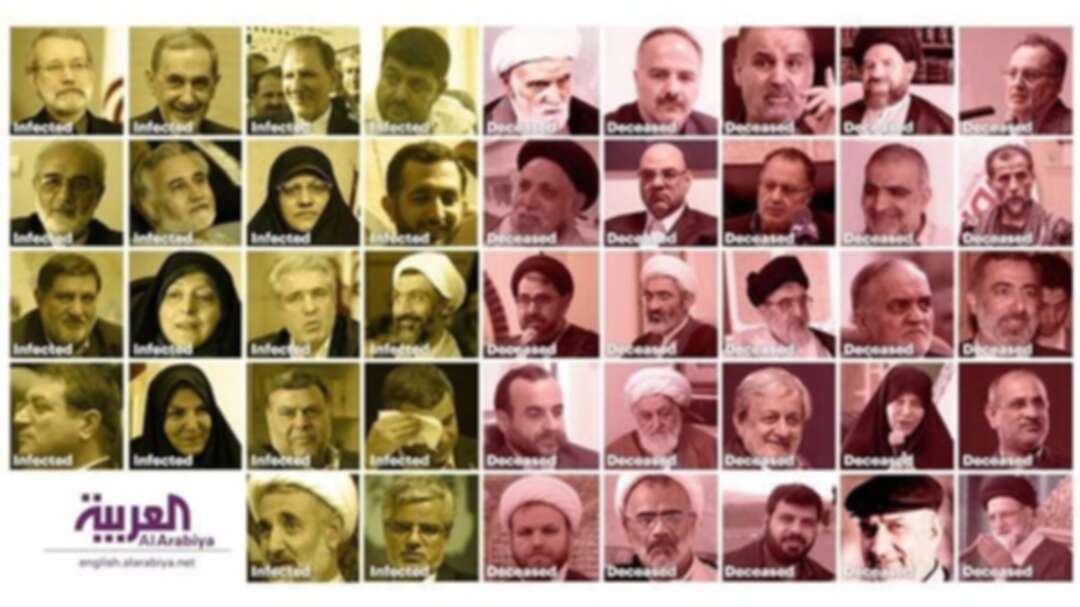 Several Iranian officials have tested positive for the new coronavirus and many others have died.

Iran's Speaker of Parliament Ali Larijani is the latest Iranian official to test positive for coronavirus, taking the total number of regime officials with the virus to 14, according to reports by state media outlets Iran

Larijani was tested after showing respiratory symptoms then he was placed in quarantine and is undergoing treatment, the official IRNA news agency reported on Thursday.

At least 13 other Iranian officials have been confirmed to have the virus, according to state media.

Tasnim added on Sunday that the 75-year-old has recovered from the virus.

Iran’s first Vice President Eshaq Jahangiri is another official who has been infected, according to a report by the semi-official Fars news agency on March 11.

Fars reported on the same day that Tourism Minister Ali Asghar Mounesan and member of the Expediency Council Mohammad Ali Iravani have also been infected with the coronavirus. Iravani is also a member of Supreme Leader Khamenei’s office.

Twenty-three out of 100 members of parliament who have been tested for coronavirus have the virus, the spokesman of the Iranian parliament's presiding board Asadollah Abbasi said on Tuesday.

Forty other members of parliament are suspected of having the virus, Abbasi added.

Former deputy speaker of parliament Mohammad Reza Khatami also tested positive for coronavirus, according to a report by Tasnim on Saturday.

A prominent figure in the reformist faction in Iran, Khatami was among supporters of the Islamic Revolution who occupied the US embassy in Tehran and took 52 US diplomats, hostage, in 1979.

He is the younger brother of former president Mohammad Khatami.

In an unusual admission, Shabani had explicitly said in August 2018 that the Iran-backed Houthi militia carried out Iran’s orders by attacking two Saudi tankers in Bab al-Mandeb Strait.

“We told the Yemenis to attack the two Saudi tankers, and they attacked,” Shabani was quoted as saying by several Iranian state media outlets.

Hossein Asadollahi, another senior IRGC commander, is suspected to have died from coronavirus.

Several state news agencies reported on Saturday that Asadollahi died of “chemical injuries” sustained during the eight-year-long war with Iraq (1980-1988).

Some Iranian exile run media outlets, however, reported that Asadollahi died of coronavirus.

According to official statistics, 150,000 in Iran have lung damage from exposure to chemical weapons during the war with Iraq.

These individuals are particularly vulnerable to coronavirus.

Iranian authorities organized a funeral procession for Asadollahi on March 23 which was attended by hundreds in Tehran, despite the capital being one of the worst-hit provinces by the coronavirus pandemic in Iran.

Habib Barzegari, a founding member of the IRGC, died of coronavirus, state media reported on March 24.

Iran’s Assembly of Experts is a clerical body that supervises, appoints and in theory, can sack the Supreme Leader.

Matthaei-Golpaygani had blamed the coronavirus outbreak on the US before his death.

“In my opinion, America is the source of coronavirus … American soldiers produced and spread the virus in China,” he said in a speech on February 22.

Karam was the head of current Iranian president Hassan Rouhani’s campaign in Khuzestan province during the 2017 presidential election.

Several other regime figures have been infected and killed by coronavirus in Iran.

As of Thursday, 3,160 in Iran have died from coronavirus, and there are 50,468 confirmed cases. levant