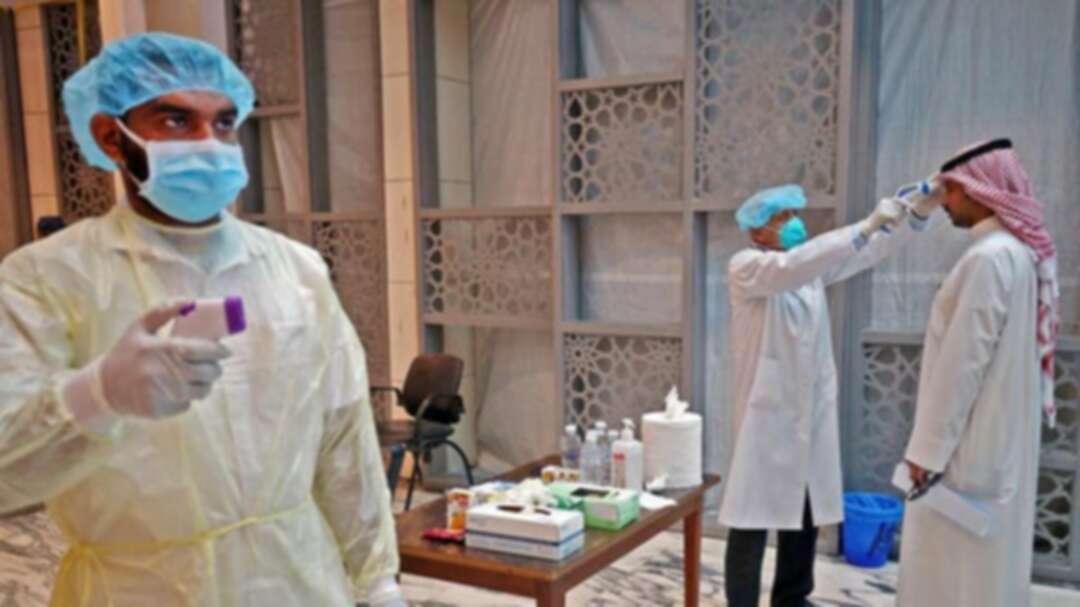 Kuwaiti health ministry workers scan employees and visitors of the ministries complex, as they arrive to their work, in Kuwait City on March 4, 2020. (AFP)

Kuwait confirmed 20 new coronavirus cases on Sunday, bringing the total to 255, according to the health ministry spokesman Dr. Abdullah al-Sanad.

Of those confirmed cases, 12 are currently in the intensive care unit with nine in stable condition and three in critical condition, al-Sanad added.

A nationwide curfew is in effect daily from 5 p.m. to 4 a.m. until further notice.