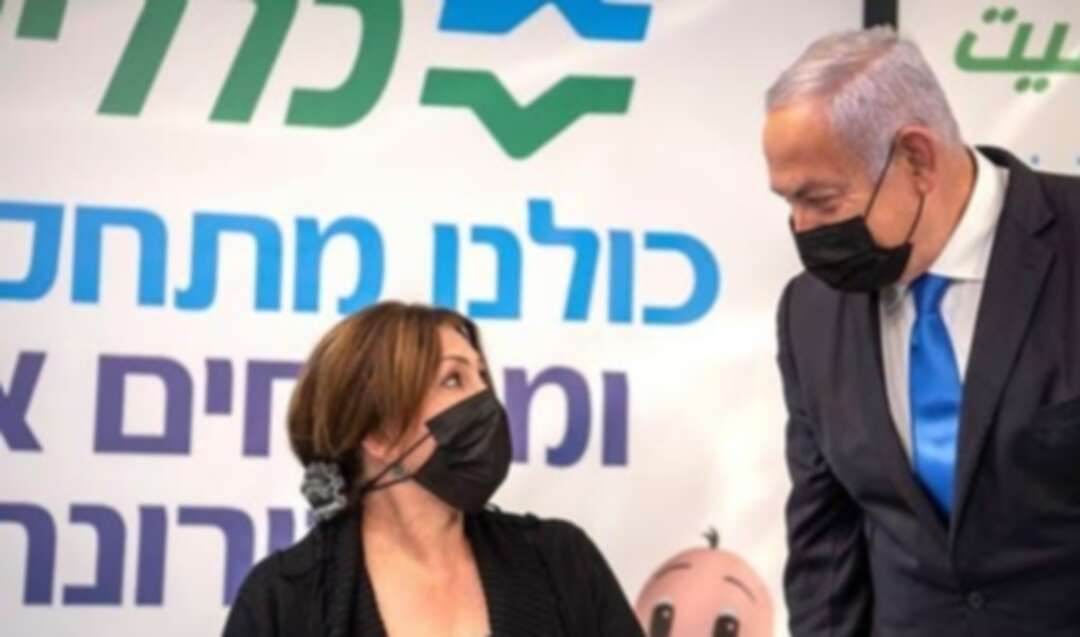 The number of people inoculated in Israel for coronavirus passed the two million threshold Thursday, with the prime minister saying there was “light at the end of the tunnel.”

“We see the light at the end of the tunnel,” he said, all smiles as he observed an Israeli woman become the second millionth to receive the Covid-19 jab.

“I am the second millionth,” to be vaccinated in Israel, read a sign held by 22-year-old Margaret Alsoso as she received her first dose of the vaccine in the city of Ramla near Tel Aviv.

Netanyahu -- who faces yet another re-election contest and a corruption trial over the coming weeks -- has sought to highlight his personal role in the inoculation campaign.

The prime minister was the first to get the jab on December 19, when Israel launched its inoculation campaign with the vaccine made by US-German pharma alliance Pfizer-BioNTech.

In early January authorities said two million people would receive a two-dose Covid-19 vaccine by the end of the month.

As of Thursday only 150,000 people had received their two doses.

But as Israel pushes aggressively with its vaccination drive, it is also witnessing a surge in the pandemic with some 9,000 coronavirus cases registered daily.

The country, currently in its third national lockdown, has recorded more than 523,000 cases, including around 3,850 deaths, according to the health ministry.

Amnesty International has called on Israel to provide coronavirus vaccine doses to Palestinians in the occupied West Bank and Gaza, saying it is obliged to do so under international law.

A glimpse of light for some businesses in Lebanon as they cope with coronavirus Coronavirus cases in the UAE surge as authorities detect 3,407 new infections