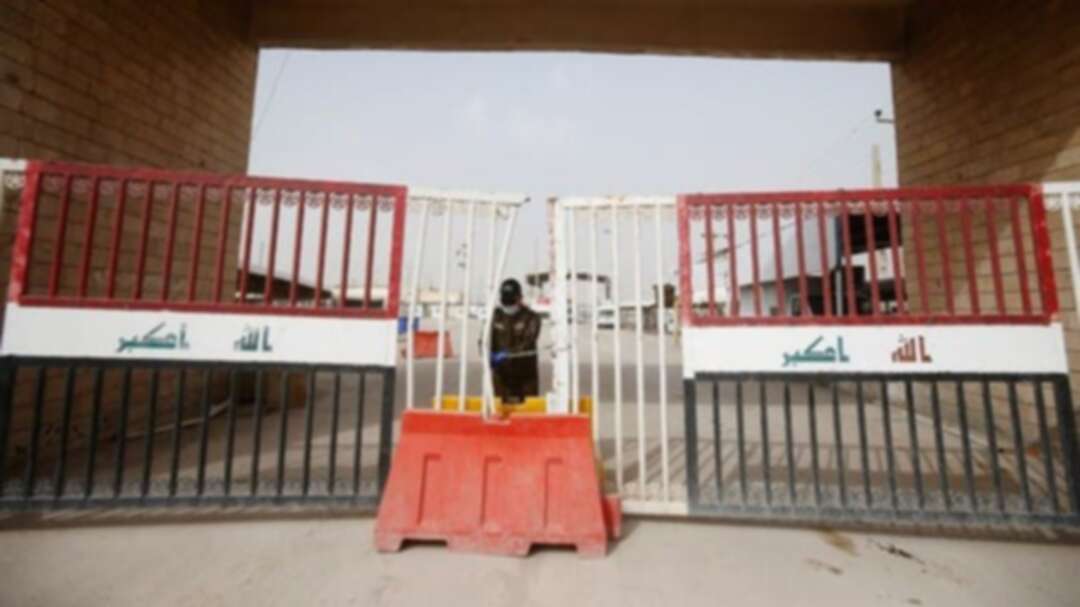 A member of Iraqi Border Guards is seen at the gate of Shalamcha Border Crossing, after Iraq shut a border crossing to travelers between Iraq and Iran, March 8, 2020. (Reuters)

Iraq’s prime minister-designate Adnan al-Zurfi called on the international community to help Iran face the coronavirus pandemic by ‘lifting or easing’ sanctions on the Islamic Republic, as the outbreak in Iran has health and security repercussions on Iraq. Iran to protect Iraq

“Helping Iran face the coronavirus will help prevent a humanitarian catastrophe that the Iranian nation is suffering from frighteningly, and the international community must help them by lifting or easing the sanctions and providing medical treatments, as this has health and security repercussions on Iraq, being that it is the most closely tied neighbor to the Islamic Republic,” al-Zurfi said in a tweet on Sunday.

Iraq is deeply concerned about its exposure to the Iranian outbreak. It has cultural and religious ties with its neighbor and receives millions of Iranian pilgrims each year at holy festivals.

Iran, the worst-hit Middle Eastern country so far, has the highest number of coronavirus cases and the death toll in the region, with the country reporting 41,495 confirmed cases and 2,757 deaths as of Monday.

Meanwhile, Iraq, which shares an almost 1,500-kilometer-long porous border with Iran, has reported 630 confirmed cases and 46 deaths as of Monday.

The first coronavirus case detected in Iraq was reported February 24 in an Iranian theology student in Najaf, who entered the country before it banned the entry of non-Iraqis coming from Iran. Iran to protect Iraq

A day later, an Iraqi family of four who returned from Iran tested positive for the coronavirus in Kirkuk province. They were the first Iraqis known to have caught the disease. levant