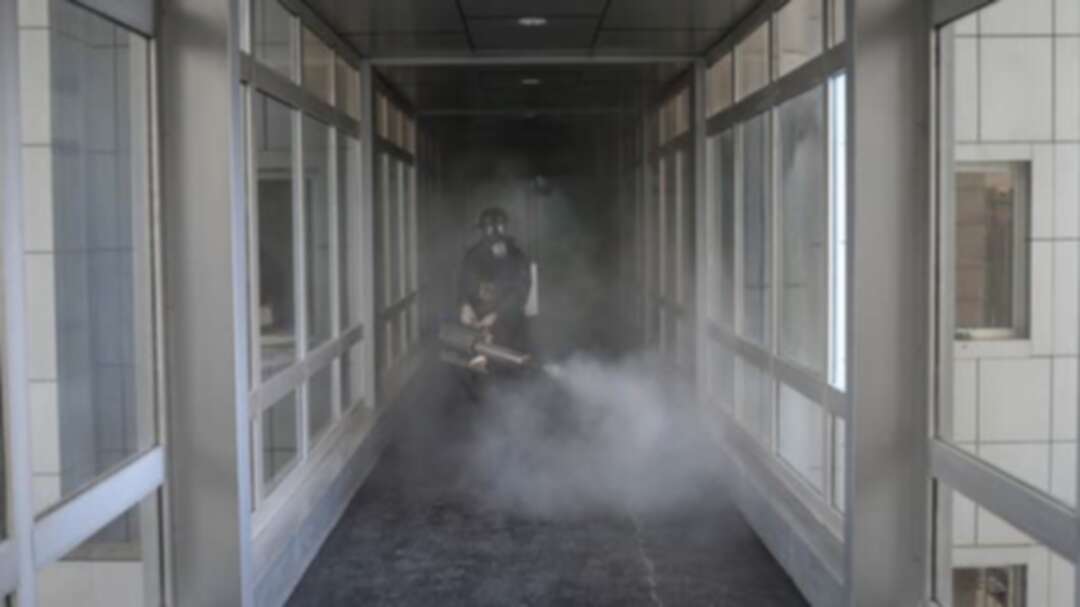 A firefighter wears a protective face mask as he disinfects a building in Tehran. (File photo Reuters)

Iran on Friday announced another 122 deaths from the novel coronavirus, taking the overall toll in the Middle East’s worst-hit country to 4,232.

“In the last 24 hours, we have unfortunately seen an increase in cases of the disease in perhaps five to eight tourist provinces, including Tehran,” spokesman Kianoush Jahanpour told a televised news conference.

The announcement comes a day before Iran is scheduled to reopen “low-risk” businesses in a move aimed at protecting its sanctions-hit economy.

There has been speculation abroad that the real number of deaths and infections in the country could be higher.

In response to the health crisis, Iran shut schools and universities as well as cinemas, stadiums and revered Shiite Muslim shrines.

It also warned people to refrain from travel for the Persian New Year holidays that ended last week.