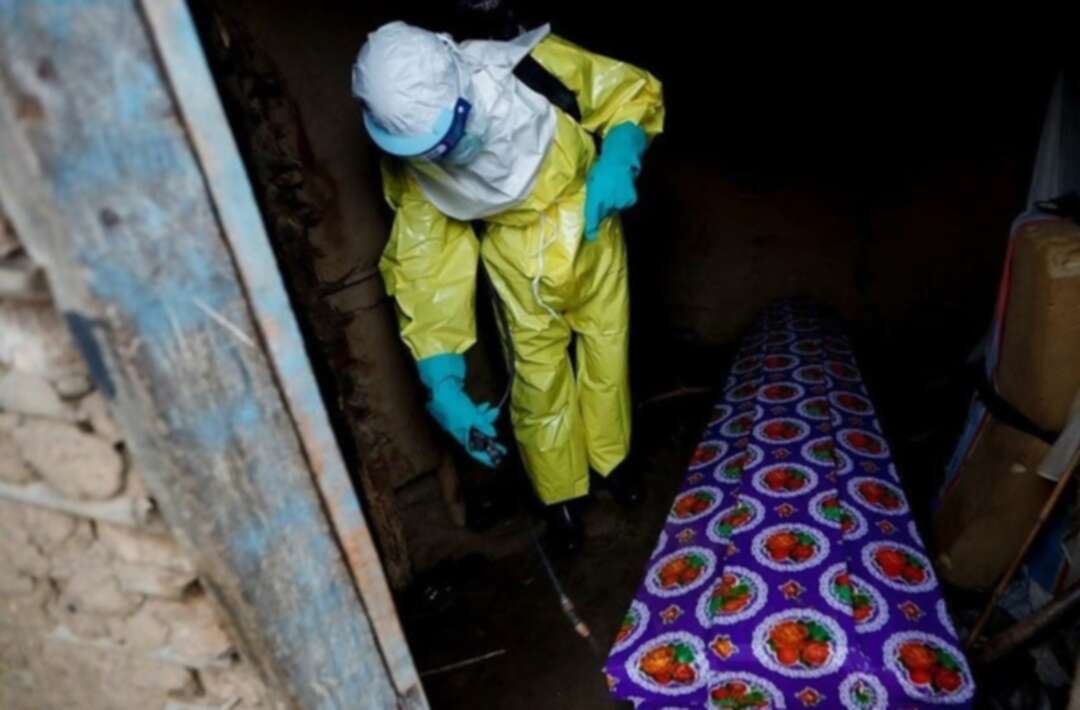 A file photo shows a healthcare worker sprays the coffin of a 85-year-old woman suspected of dying of Ebola, in the eastern Congolese town of Beni, in the Democratic Republic of Congo. (Reuters)

Two people have contracted Ebola and died this week in Democratic Republic of Congo’s North Kivu province, the World Health Organization (WHO) and the health ministry said in a statement.

A 60-year-old woman who died on Wednesday in the district of Biena had a link with a woman who also died after contracting Ebola and was married to a survivor of the previous major outbreak, the statement said.

Congo’s health ministry has deployed a team to the area and is tracing more than 100 contacts of the two women in the health zones of Biena and Katwa, it said in the statement.

Ebola swept through eastern Congo from 2018 to 2020 in an outbreak that killed more than 2,200 people before it was declared over last June.

It is not unusual for sporadic cases to occur following a major outbreak, according to the WHO.

Congo’s equatorial forests have been a breeding ground for the Ebola virus, which causes severe vomiting and diarrhoea and is spread through contact with body fluids.

The country has experienced 11 outbreaks since the virus was first discovered near the Ebola river in 1976.