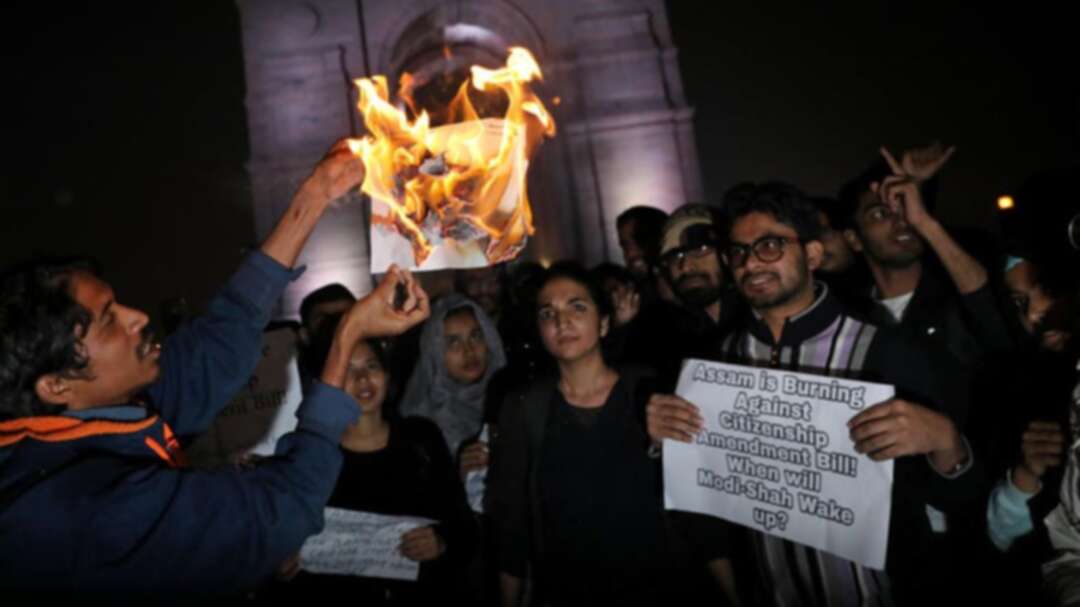 Demonstrators burn a copy of the Citizenship Amendment Bill during a protest in New Delhi on December 12, 2019. (Photo Reuters)

Clashes erupted between students and Indian police in the capital city of New Delhi on Friday over a contentious new citizenship law, according to a Reuters photographer at the scene.

Hundreds of students of Jamia Millia Islamia university protested against the new law, forcing the police to use tear gas and batons to disperse the crowd, the photographer said.

The new citizenship law lays out a path of Indian citizenship for six minority religious groups from neighboring Bangladesh, Pakistan and Afghanistan, which protesters in Assam say would convert thousands of illegal immigrants into legal residents.

On Thursday, at least two people were killed in Assam state when police opened fire on mobs torching buildings and attacking railway stations in protest against the rules.