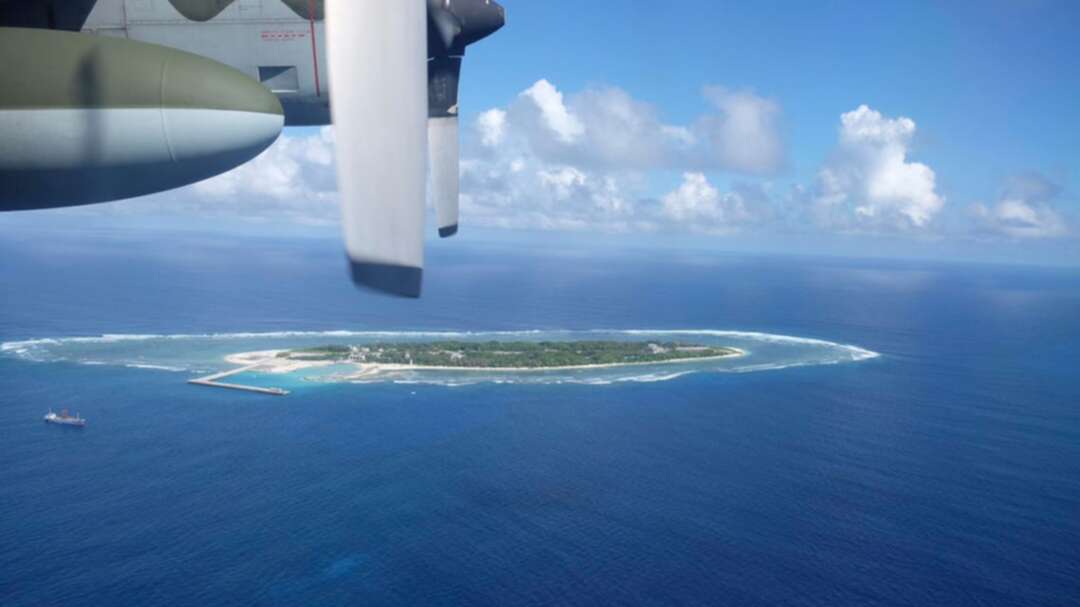 Chinese carrier drills and stepped-up incursions into Taiwan’s air defense zone in recent weeks are meant to send a message to Washington to stand down and back off, security sources in Taipei say.

The increased activity - which China, unusually, described as “combat drills” on Wednesday - has raised alarm in both Taipei and Washington, though security officials do not see it as a sign of an imminent attack.

Rather, according to an official familiar with Taiwan’s security planning, at least some of the exercises are practicing “access denial” maneuvers to prevent foreign forces from coming to Taipei’s defense in a war.

“China claimed that the drills are near Taiwan, but judging by their location it’s actually meant for the US military,” said the official in Taiwan, speaking on condition of anonymity as he was not authorized to speak to the media.

As China sailed an aircraft carrier group near Taiwan last week, its air force simulated attacks on American ships, although no US Navy vessels were known to be in the area at the time, the source said.

The US Navy has been carrying out regular transits of the Taiwan Strait, which separates the island from China.

One Western security source said the almost-daily flights by Chinese anti-submarine aircraft in the northernmost part of the South China Sea were probably a response to US missions there, including by submarines, or to show the Pentagon that China can hunt for US submarines.

“They are not chasing Taiwanese subs,” the source said, pointing to Taiwan’s own tiny fleet of four, two of which date from World War Two.

The US Navy does not give details of any submarine patrols near Taiwan or in the South China Sea.

That has included more visible support for Taiwan, angering China, which considers the island part of its territory and sees Washington as giving succor to Taiwanese who seek independence, a red line for Beijing.

Two US military officials, speaking on the condition of anonymity, said that although the United States was concerned about Chinese activity around Taiwan, there was no sense of an imminent attack.

“For the past five years, China has been the centerpiece of the United States’ national defense strategy. So of course we’re concerned,” one official said.

Although China has escalated its rhetoric in response to US warships passing through the Taiwan Strait, a US defense official said Washington had not seen any kind of operational military escalation by the Chinese in response.

In a statement to Reuters, China’s Foreign Ministry said the United States has “swelled the arrogance of Taiwan independence forces”.

Washington “bears an inescapable responsibility for tensions in the Taiwan Strait”, it added.

A senior US administration official said that regardless of who Beijing’s incursions near Taiwan were aimed at, their effect was direct “intimidation and coercion” of Taiwan.

“Our operations there have been in a pretty steady state consistently,” the official said. “So I don’t think there’s an increased pace of US military operations that are necessarily driving what Beijing is doing. That feels a little bit like an excuse there for what they’re doing.”

The US Navy this month took the rare step of publishing a photo on its main website of a US warship in the Philippine Sea watching China’s Liaoning carrier.

Raising the stakes, China’s Navy said for the first time last week that carrier drills near Taiwan would become routine.

Another US warship sailed through the Taiwan Strait two days after China’s announcement of its carrier maneuvers, part of what the Pentagon refers to as “routine” transits that have prompted Beijing to accuse Washington of causing regional tensions.

“China’s top concern in any Taiwan contingency would be preventing or at least blunting armed intervention by the US”, said Greg Poling, a maritime security expert at Washington’s Center for Strategic and International Studies.

“So demonstrating increased ability to deny US access is a coercive message sent to both Washington and Taipei.”