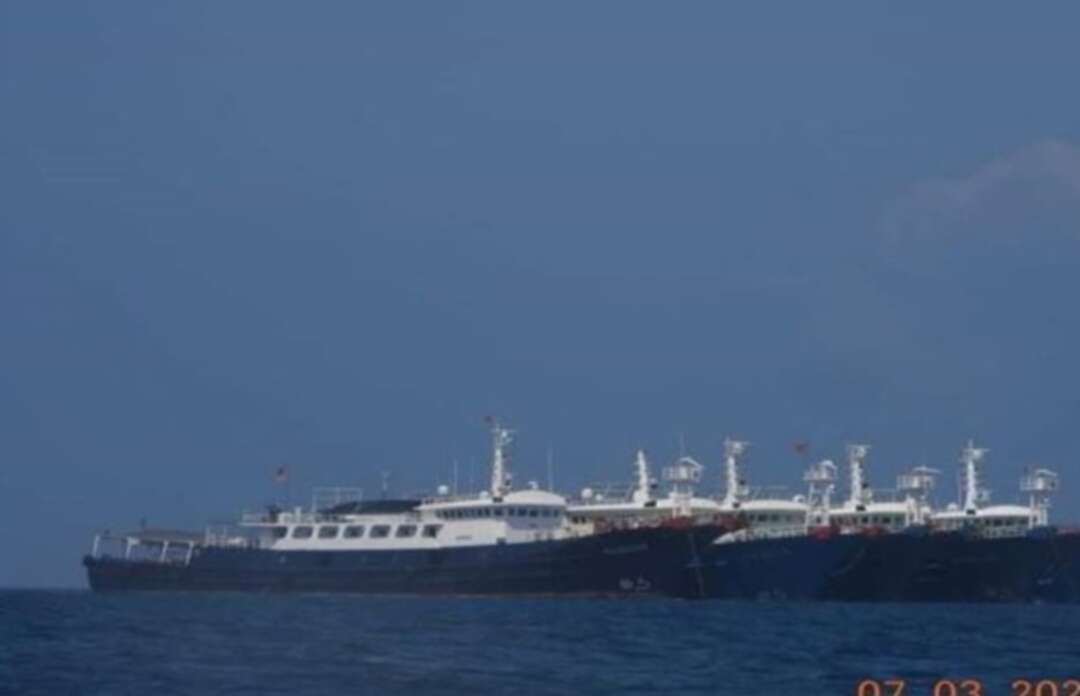 Some of the about 220 Chinese vessels reported by the Philippine Coast Guard, and believed to be manned by Chinese maritime militia personnel, are pictured at Whitsun Reef, South China Sea, March 7, 2021. Picture taken March 7, 2021. (File photo: Reuters)

Territorial “incursions” by hundreds of Chinese vessels in the South China Sea are straining ties between Manila and Beijing, and could lead to “unwanted hostilities”, an aide to President Rodrigo Duterte’s said on Monday.

Salvador Panelo, the presidential legal counsel, said the boats’ prolonged presence in the Philippines’ Exclusive Economic Zone (EEZ) was an unwelcome stain on relations and “may trigger unwanted hostilities that both countries would rather not pursue.”

“We can negotiate on matters of mutual concern and benefit, but make no mistake about it - our sovereignty is non-negotiable,” Panelo said in a statement.

Though Philippine diplomats and top generals have strongly criticized China lately, Panelo’s remarks are the toughest to come from the office of Duterte, who has shown reluctance to confront China since making surprise overtures towards Beijing when he became president.

His refusal to press China to abide by a landmark 2016 arbitral ruling that went in Manila’s favor in a case filed by a previous administration has frustrated nationalists, who say Duterte was seduced by promises of Chinese loans and investment, little of which materialized.

The Philippines last month filed a diplomatic protest about a “swarming and threatening” presence of 220 Chinese vessels believed to be manned by militias at Whitsun Reef, a stance backed by the United States.

The ships have since spread to other areas of the Philippines’ EEZ.

Brunei, Malaysia, Taiwan, China and Vietnam also have competing claims for islands and features in the area.

Panelo said the Philippines would not be blinded by China’s humanitarian gestures amid violations of international law and its sovereign rights, referring to COVID-19 vaccines donated by China.

Its embassy in Manila did not immediately respond to a request for comment. China says the boats were sheltering from rough seas and had no militia aboard.

“We are facing a pandemic and then China is causing trouble,” she said on Monday.