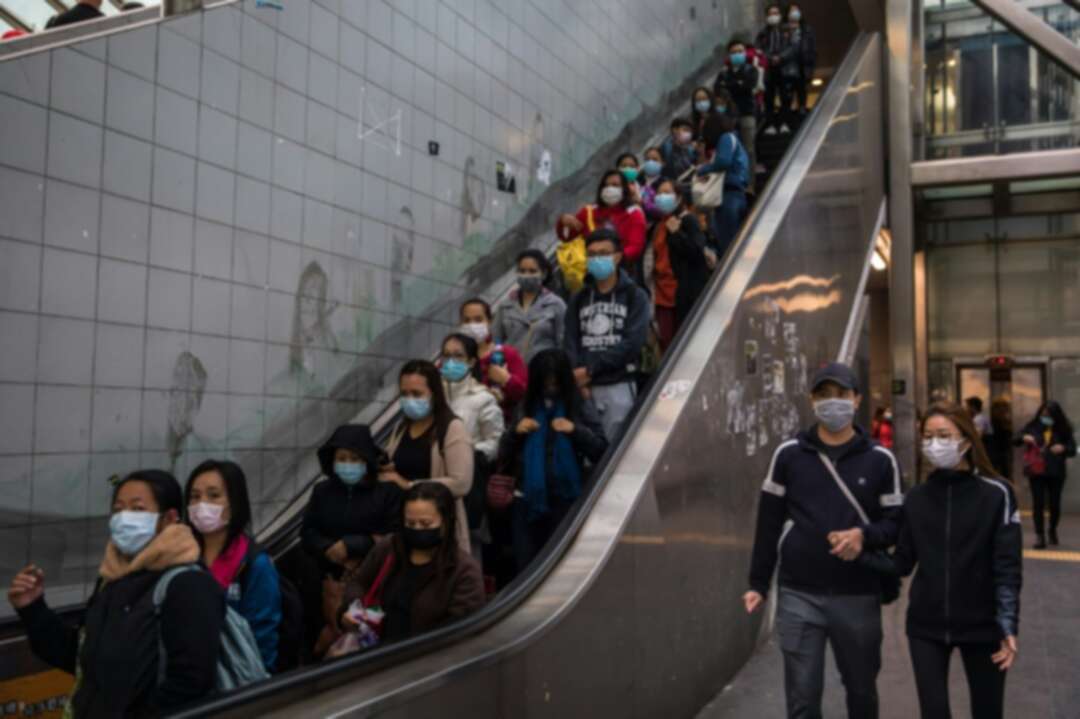 The death toll from the novel coronavirus surged past 900 in mainland China on Monday, overtaking global fatalities in the 2002-03 SARS epidemic, even as the World Health Organization said the outbreak appeared to be stabilising.

With 91 more people dying in Hubei, the province at the centre of the outbreak, the toll is now higher than the 774 killed worldwide by Severe Acute Respiratory Syndrome (SARS).

The latest data came after the WHO said the last four days had seen "some stabilising" in Hubei, but warned the figures could still "shoot up".

At least 39,800 people in China have now been infected by the virus, believed to have emerged late last year in Hubei's capital Wuhan, where residents are struggling to get daily supplies.

The epidemic has prompted the government to lock down whole cities as anger mounts over its handling of the crisis -- especially after a whistleblowing doctor fell victim to the virus.

With much of the country still not back at work after an extended Lunar New Year holiday, cities including financial hub Shanghai ordered residents to wear masks in public.

Michael Ryan, head of the WHO's Health Emergencies Programme, said the "stable period" of the outbreak "may reflect the impact of the control measures".

A WHO "international expert mission" left late Sunday for China, the agency's director general Tedros Adhanom Ghebreyesus said on Twitter. The mission is led by Bruce Aylward, a veteran of previous health emergencies.

While the death toll has climbed steadily, new cases have declined since Wednesday's single-day peak of nearly 3,900 people nationwide.

Millions of people are under lockdown in Hubei in a bid to stop the virus spreading.

"The local government asked people to stay at home as much as possible, but there are not enough goods in shops each time we get there, so we have to go out frequently," a woman in Wuhan, surnamed Wei, told AFP.

China's central bank said from Monday it would make 300 billion yuan ($43 billion) available in special loans to banks to help businesses involved in fighting the epidemic.

China drew international condemnation for covering up cases during the SARS outbreak, whereas the WHO has praised measures it has taken this time.

But anger erupted after the death of a Wuhan doctor who police silenced when he flagged the emerging virus in December.

The doctor, 34, died early Friday, after contracting the virus from a patient.

Chinese academics were among those angered by his death, with at least two open letters posted on social media demanding more freedoms.

"Put an end to the restrictions on freedom of speech," one letter demanded.

Beijing responded by sending its anti-graft body to launch an investigation, attempting to ease the anger.

But Ian Lipkin -- a professor at Columbia University who worked with China on the SARS outbreak -- said earlier intervention could have made a key difference.

"This virus was percolating along without anyone realising it was there," he said.

If the quarantine measures have been effective, the epidemic should peak within the next fortnight, Lipkin added -- but he warned there is also the risk of a "bump" in numbers when people return to work.

But Wuhan resident Chen Yiping told AFP her 61-year-old mother has severe symptoms and was still waiting for a hospital bed because "there are too many people in need of treatment".

The first foreign victim in China was confirmed when an American diagnosed with the virus died in Wuhan.

The only fatalities outside the mainland have been a Chinese man in the Philippines and a 39-year-old man in Hong Kong.

Seventy people on board the Diamond Princess cruise ship off Japan's coast have tested positive, with all passengers told to stay inside their cabins to prevent further infection.

Several countries have banned arrivals from China while major airlines have suspended flights.