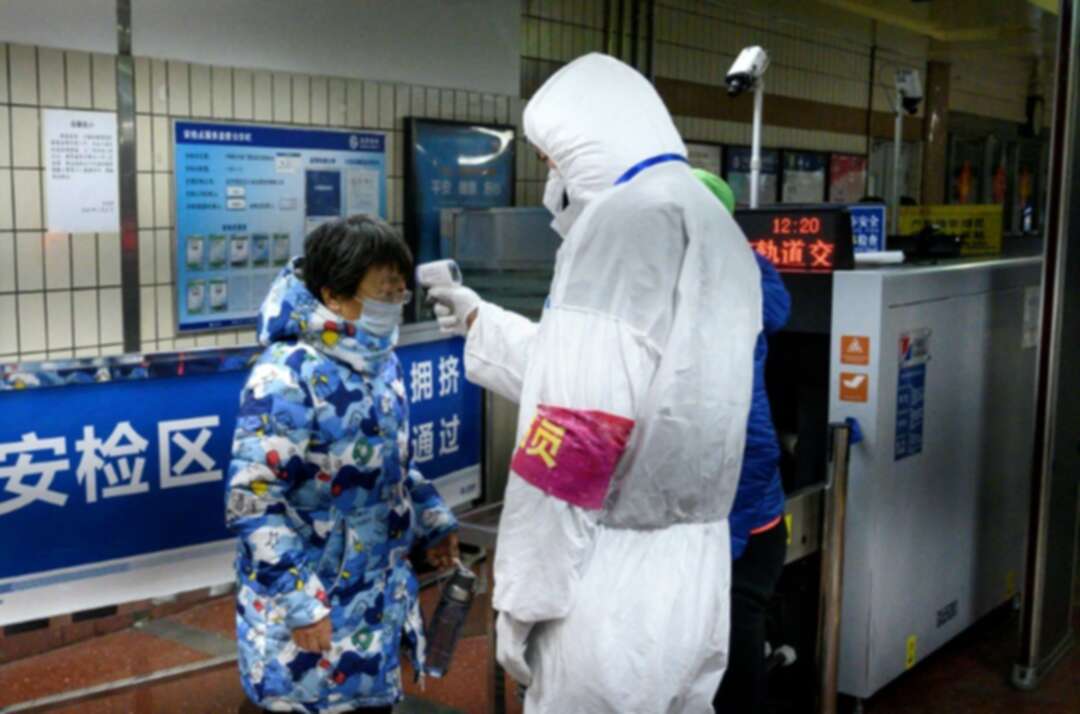 With death toll from the virus soaring above 100, Chinese and foreign governments are stepping up measures to try to contain it File photo AFP

China on Tuesday urged its citizens to postpone foreign travel to curb a viral outbreak that has killed 106 people, as the first cases of human-to-human contagion were detected abroad.

While a host of nations prepared to airlift their citizens from the epicenter of the epidemic, Japan and Germany reported the first cases that were not directly imported from China.

Until now, all cases in more than a dozen countries involved people who had been in or around Wuhan, the central Chinese city where the coronavirus first emerged in late December before infecting thousands of people nationwide.

In Japan, a man in his sixties contracted the virus apparently after driving two groups of tourists from Wuhan earlier in January, the health ministry said. He was hospitalized with flu-like symptoms on Saturday.

On the other side of the world, a 33-year-old German man caught the disease from a Chinese colleague from Shanghai who visited Germany last week, according to health officials.

The development came after countries including Sri Lanka, Malaysia, and the Philippines announced tighter visa restrictions for people coming from China.

Experts believe the virus came from a wild animal market in Wuhan and then jumped to humans, with Chinese health officials said Tuesday that people infect each other through sneezing or coughing, and possibly through contact.

But with the death toll climbing and more fatalities reported in Chinese cities far away from Wuhan, authorities on Tuesday urged people to delay any foreign travel.

This was "to protect the health and safety of Chinese and foreign people," the National Immigration Administration said.

The commission also said Tuesday that confirmed infections had nearly doubled from the previous day to 4,515, with another 7,000 cases suspected and awaiting confirmation.

Wuhan, meanwhile, has been turned into a near ghost-town under a lockdown that has largely confined the industrial hub's 11 million people to their homes.

With a ban on car travel, the streets were nearly deserted apart from the occasional ambulance -- although the city's hospitals are overwhelmed.

"Everyone goes out wearing masks and they are worried about the infection," said David, a Chinese man who works in Shanghai and ended up trapped in Wuhan after it went under quarantine.

Many thousands of foreigners are also among those trapped in the city.

"The biggest fear for me is that this thing will go on for months, and it will get harder and harder to get supplies, and to live."

Several foreign governments have drawn up plans to safely evacuate their citizens, but have faced major logistical and bureaucratic challenges.

Japan said it would send a chartered flight on Tuesday evening to get about a third of its 650 nationals there.

"We will also bring aid supplies such as masks and protective suits for Chinese people as well as for Japanese nationals," Foreign Minister Toshimitsu Motegi said in Tokyo.

Motegi said the plane would leave Wuhan on Wednesday morning and that more flights may follow.

If the mission succeeds, Japan would be the first country to airlift its citizens out of Wuhan.

A US-chartered flight bound for California is scheduled to leave Wuhan on Wednesday with consular staff and some American citizens, a day later than previously planned.

France and South Korea are also planning to fly out their citizens later this week, and several other countries, including Germany, were considering doing so.

Germany, Canada, and Sri Lanka announced their first infections on Monday, bringing the total number of countries with confirmed cases to 15.

With global concern mounting, governments around the world have started to try and quickly build defenses.

The United States, Turkey, and Germany have urged their citizens to "reconsider" all travel to China.

Landlocked Mongolia -- which is heavily dependent on trade with China -- took the drastic step of closing the border with its huge neighbor to cars, as well as shutting down schools and banning large gatherings.

The World Health Organization last week stopped short of declaring the outbreak of a global emergency, which could have prompted a more aggressive international response such as travel restrictions.

But WHO chief Tedros Adhanom Ghebreyesus praised China's response to the crisis in a meeting with officials in Beijing, according to state news agency Xinhua.

"We have the full capability, confidence, and resources to overcome the epidemic at an early date," foreign minister Wang Yi said, according to the Xinhua report.

Berlin Conference : discuss the challenges that communities are facing as a result of politicization of religion New Zealand PM Ardern calls September election