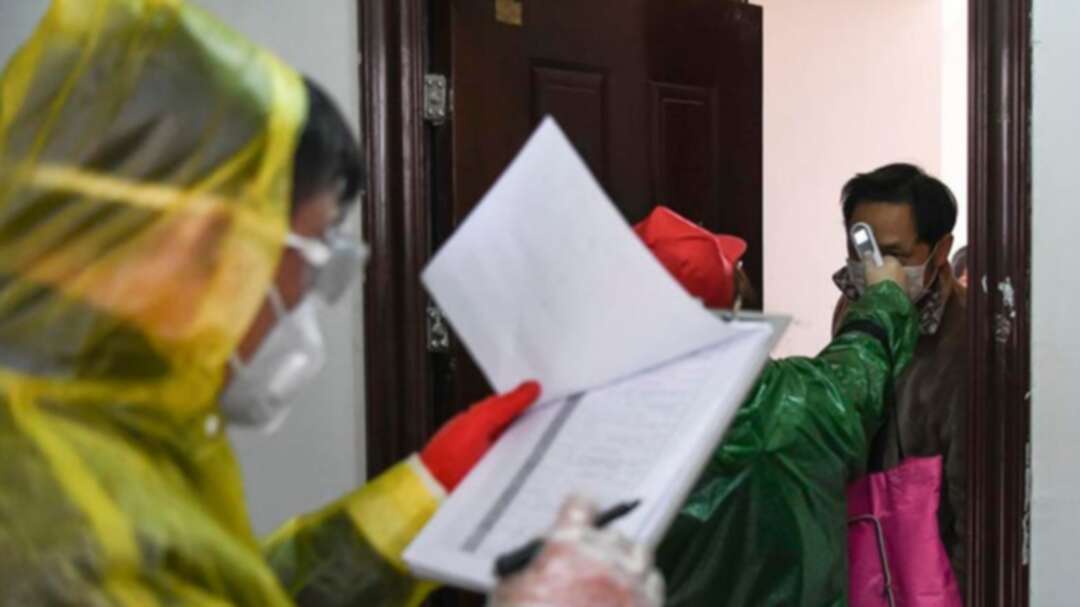 Workers go door to door to check the temperature of residents during a health screening campaign in the Qingheju Community, Qingshan District of Wuhan in central China's Hubei Province. (AP)

China says the number of new virus cases rose by just 394 from the previous day, with a rise in the death of 114.

The new figures on Thursday followed an effort in the epicenter of the outbreak, the city of Wuhan, to go door-to-door to find every infected person. Most of the tens of thousands of cases have been in Hubei province, where Wuhan is the capital.

The new daily figure is a notable drop from the 1,749 cases recorded the previous day and the lowest since January 25.

That brings the total number of confirmed cases in Hubei to 62,031.

The number of new confirmed cases on Wednesday was the final tally following deductions of 279 cases from 10 cities in Hubei, according to the health commission.

The number of new cases reported by the commission every day is a net figure that includes such deductions.

On Wednesday, China’s health authority released the sixth edition of its diagnostic criteria for the coronavirus, removing a category of cases diagnosed clinically, such as through chest x-rays, in Hubei.

The Hubei health commission did not say in its statement if the sharp drop in the province’s new confirmed cases on Wednesday was due to the change.

Excluding the deductions, the number of new cases on Wednesday stood at 628 - still a drop of more than 1,000 from the previous day.

The death toll in Hubei from the outbreak reached 2,029 as of the end of Wednesday, up by 108 from the previous day.

Most of the new deaths on Wednesday were in Hubei’s provincial capital of Wuhan, where the virus is believed to have originated.

Wuhan reported 88 new deaths, down from 116 on Tuesday. A total of 1,585 people in Wuhan have now died from the virus.