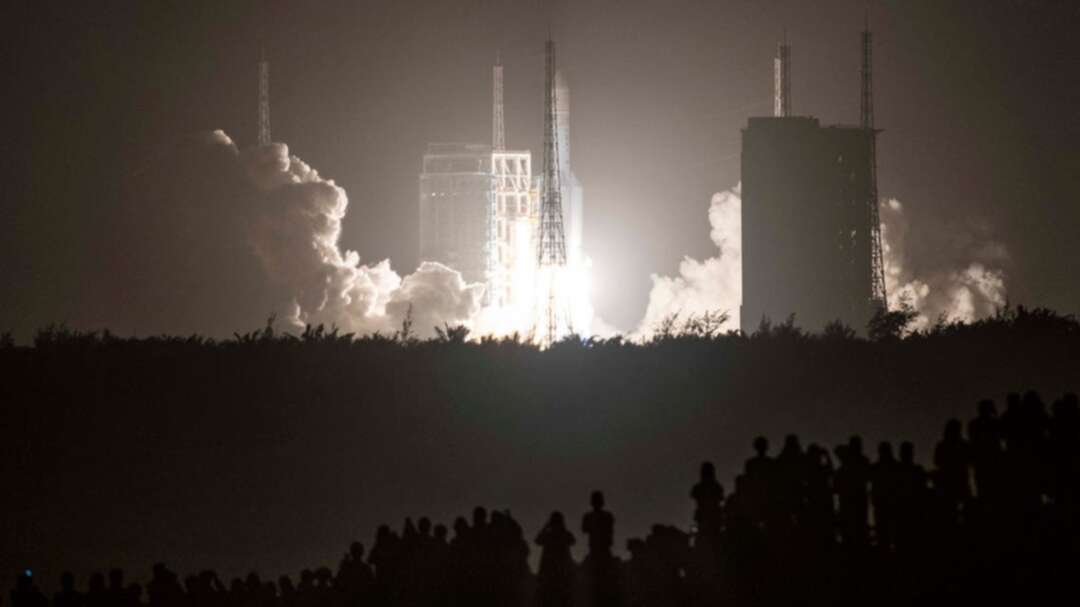 In this file photo a Long March 5B rocket carrying China's Chang'e-5 lunar probe launches from the Wenchang Space Center on China's southern Hainan Island on November 24, 2020, on a mission to bring back lunar rocks, the first attempt by any nation to retrieve samples from the moon in four decades. (File photo: AFP)

China said Friday the risk of damage on Earth from a rocket which fell out of orbit after separating from Beijing’s space station was “extremely low”, after the US warned it could crash down onto an inhabited area.

Military experts in the US expect the body of the Long March 5B rocket to fall to the surface some time around Saturday or Sunday, but warned it was difficult to predict where it will land and when.

But Beijing downplayed the risk of any damage on Friday.

“The probability of causing harm to aviation activities or (on people and activities) on the ground is extremely low,” foreign ministry spokesman Wang Wenbin said.

Most of the components would be destroyed upon re-entry into the atmosphere, he added, saying authorities “will inform the public of the situation in a timely manner.”

China has poured billions of dollars into space exploration in efforts to reflect its rising global stature and growing technological might, following in the extra-terrestrial footsteps of the US, Russia and Europe.

The launch of the first module of its “Heavenly Palace” space station in April was a milestone in Beijing’s ambitious plan to establish a permanent human presence in space.

China also said in March it was planning to build a separate lunar space station with Russia.

US Defense Secretary Lloyd Austin on Thursday said the US military had no plans to shoot down the Chinese rocket.

“We have the capability to do a lot of things, but we don’t have a plan to shoot it down,” Austin told journalists.

He suggested that the Chinese were negligent in letting the rocket body fall out of orbit, saying those who were in the “space domain” should “operate in a safe and thoughtful mode.”