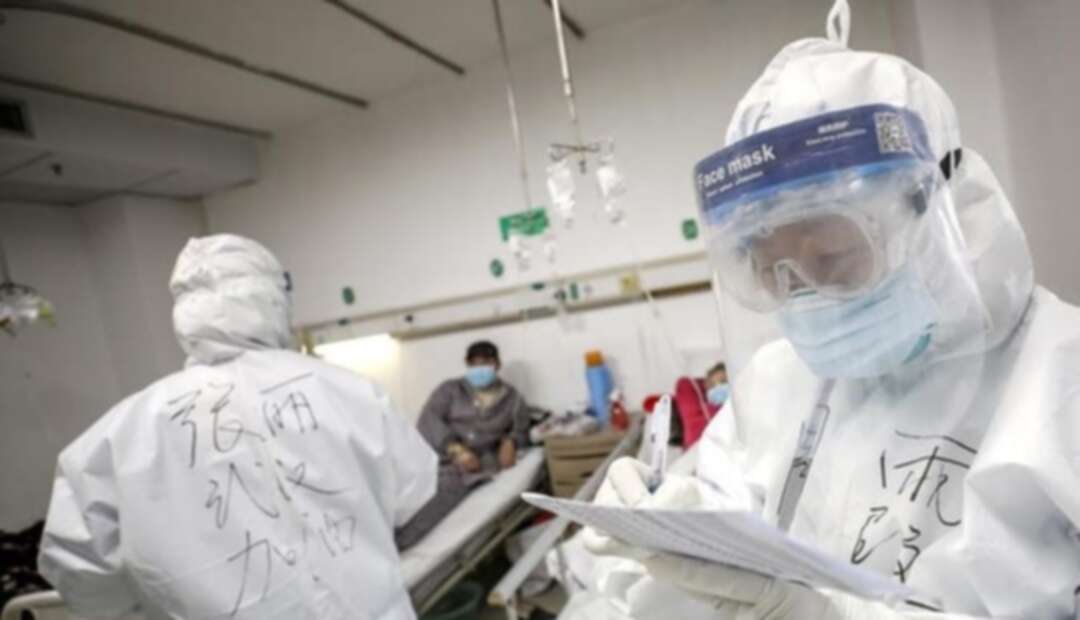 A medical worker in protective suit checks a patient's records at Jinyintan hospital in Wuhan, the epicentre of the novel coronavirus outbreak, in Hubei province, China February 13, 2020. (Reuters)

China reported a further fall in new virus cases to 889 on Friday as health officials expressed optimism over the containment of the outbreak that has caused more than 2,200 deaths and is spreading elsewhere.

Hubei province, the epicenter of the coronavirus outbreak that has killed more than 2,000 in the country, revised up its total number of confirmed infection cases by 220 to account for cases in the province’s prison system.

The province’s health commission said in a statement that it now has a total of 62,662 coronavirus cases as of February 20.

Containment of the illness has been a struggle far from the epicenter in central China as a major South Korean city urged residents to stay indoors.

New infections in China have been falling for days, although changes in how it counts cases have caused doubts about the true trajectory of the epidemic.

“The downward trend will not be reversed,” Ding Xiangyang, deputy chief secretary of the State Council and a member of the central government’s supervision group, said on Thursday.

The 118 newly reported deaths raised the total to 2,236. More than 1,000 cases and 11 deaths have been confirmed outside the mainland.

In Australia, two people who were flown back home after the 14-day quarantine on the Diamond Princess ended tested positive for the virus despite clearing multiple screenings before the flight.

The two new cases take the total number in Australia to 17. Of those, 10 people have recovered. Some 170 Australian passengers, most aged in their 60s and 70s, will be quarantined for an additional two weeks after leaving the Diamond Princess.

China last week had started recording new cases without waiting for laboratory results, causing a significant spike in the number of cases. But on Thursday it returned to its prior way of counting and removed some cases from the tally because lab tests came back negative.

The changes are sure to aggravate observers who say consistency is key to understanding COVID-19’s path.