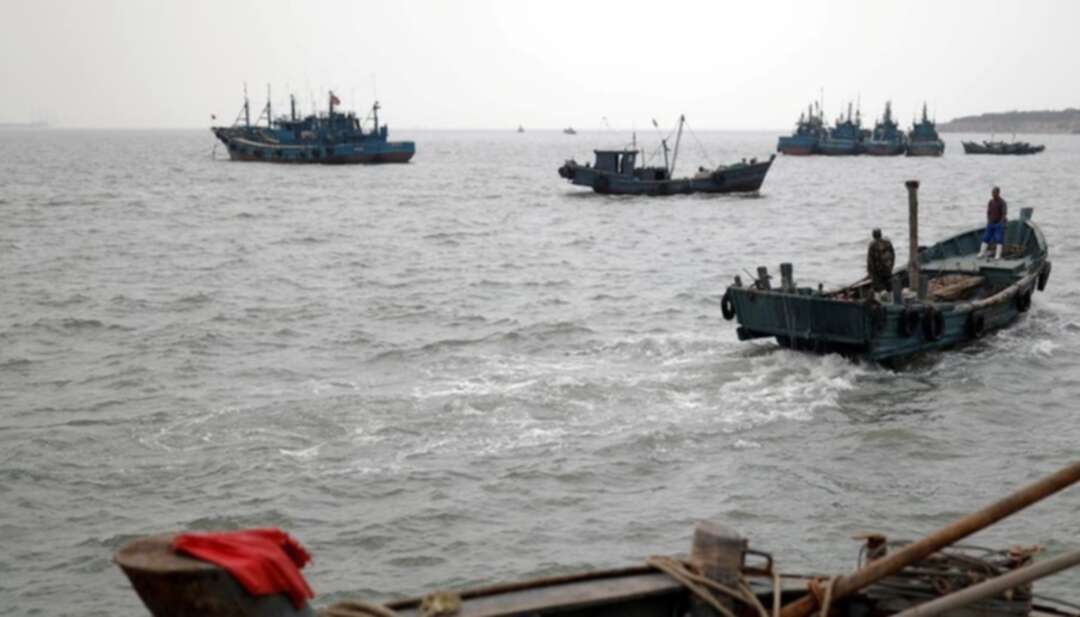 Fishing boats are seen off the coast of Qingdao, Shandong province, China, following an oil spill in the Yellow Sea caused by a collision between tanker A Symphony and bulk vessel Sea Justice off Qingdao port, April 28, 2021. (File Photo: Reuters)

Chinese officials were considering siphoning the remaining cargo at sea from a huge tanker that spilled hundreds of tons of oil into the Yellow Sea after it collided with a bulk vessel in thick fog two days ago.

Officials also downgraded the size of the spill from the Liberia-flagged tanker A Symphony to about 400 tons (2,920 barrels) on Thursday, from the original estimate of 500 tons, after further analysis.

An official at the Shandong Maritime Safety Administration told Reuters the level of oil still on the tanker, which had been carrying a 150,000-tonne cargo of bitumen blend, remained “unchanged”. That indicated the spill had been contained, although the official cautioned the information was not definitive.

With the clean-up well underway and ships steering clear of the accident site near the port city of Qingdao, experts were finalizing plans to deal with the A Symphony.

The tanker was at anchor when it collided with shipping vessel Sea Justice on Tuesday. The impact caused a breach in A Symphony’s cargo tanks and ballast tanks.

“The detailed situation is still under assessment and experts are holding a meeting,” an official from the Shandong Maritime Safety Administration told Reuters. “This afternoon (we) may carry out a lighterage operation in the sea.”

Lighterage is the process of removing oil or other hazardous liquids from a compromised vessel while at sea to another vessel. The process to transfer a cargo load of the size aboard the A Symphony would likely take a day or two.

The Maritime Safety Administration also on Thursday revised the location of the accident to 40 nautical miles from Qingdao Port, compared with the original estimated 11 nautical miles southeast of the port.

Ships have been instructed to stay at least 10 nautical miles away from the A Symphony, but the agency said on Thursday the accident had not affected traffic to and from the port.

Hong Kong-based fuel trading company Run Cheng International Resource (HK) Co has said it was the owner of the 150,000-tonne cargo of bitumen blend on board the A Symphony.

Bitumen mix, a blend of heavy crude oil and residue, is used by China’s independent refiners as an alternative refining feedstock as it often incurs a lower import tax than crude oil. It is also used for road surfacing and roofing.