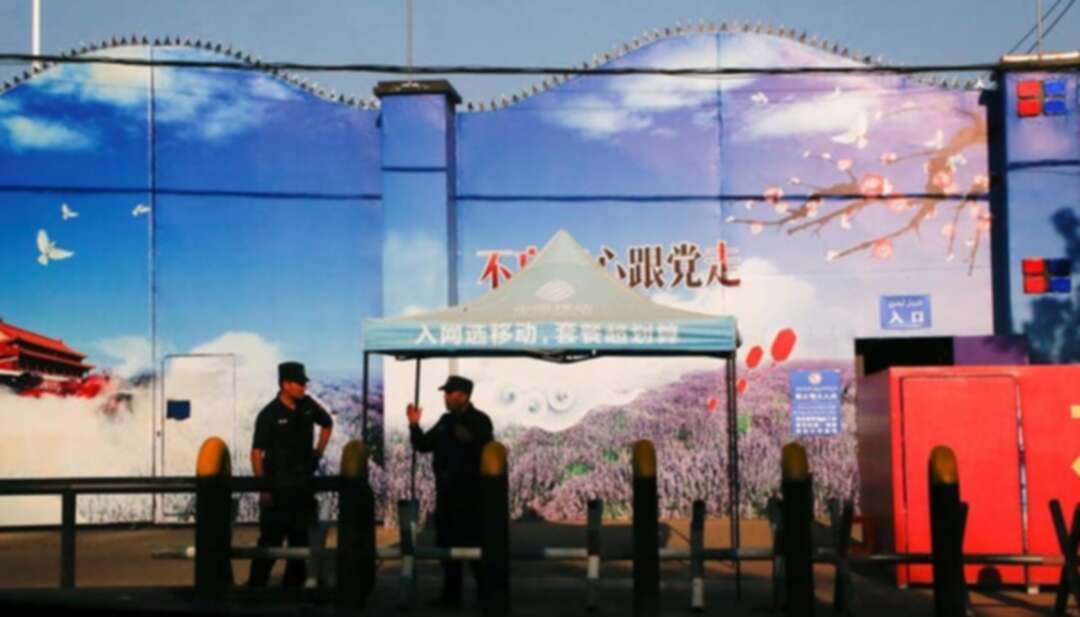 Security guards stand at the gates of what is officially known as a vocational skills education center in Huocheng County. (Reuters)

Wearing a veil or growing a beard are among the reasons that China has been detaining Uighur Muslims from the western region of Xinjiang, according to a leaked document obtained by the BBC.

The document, which details the daily activities of more than 3,000 people in the autonomous territory, reveals the extent of China’s crackdown on Muslim minorities. This includes noting how often they pray, which mosques they visit, and how often they fast.

More than 1 million Uighurs, Kazakhs, and other minorities are estimated to have been forced into concentration camps, which China calls “vocational education centers,” by the government. 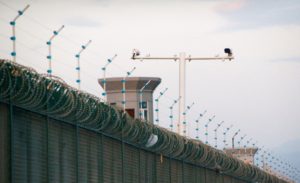 Security cameras are installed above the perimeter fence of what is officially known as a vocational skills education center in Dabancheng. (Reuters)

Hundreds of people are being held in the camps for wearing a veil, growing out their beard, and even unintentionally clicking on a foreign website on their electronic devices, the document showed.

It also tracks each individual’s social circle, listing everyone they spoke to and interacted with, and noting down their religious patterns.

If a person interacted with someone who was deemed “too religious,” applied for a passport, or had a relative overseas, they were labeled as suspicious, the document showed.

China has repeatedly denied accusations of its mass detention of the ethnic minority and issued several statements saying that the only criteria for the arrests have been whether those arrested have committed unlawful acts.

According to BBC, the document was leaked from inside Xinjiang through a network of people and was later made public by a Uighur woman living in asylum in Amsterdam.

An expert cross-referenced the names and information in the document with other public official records to verify its contents.