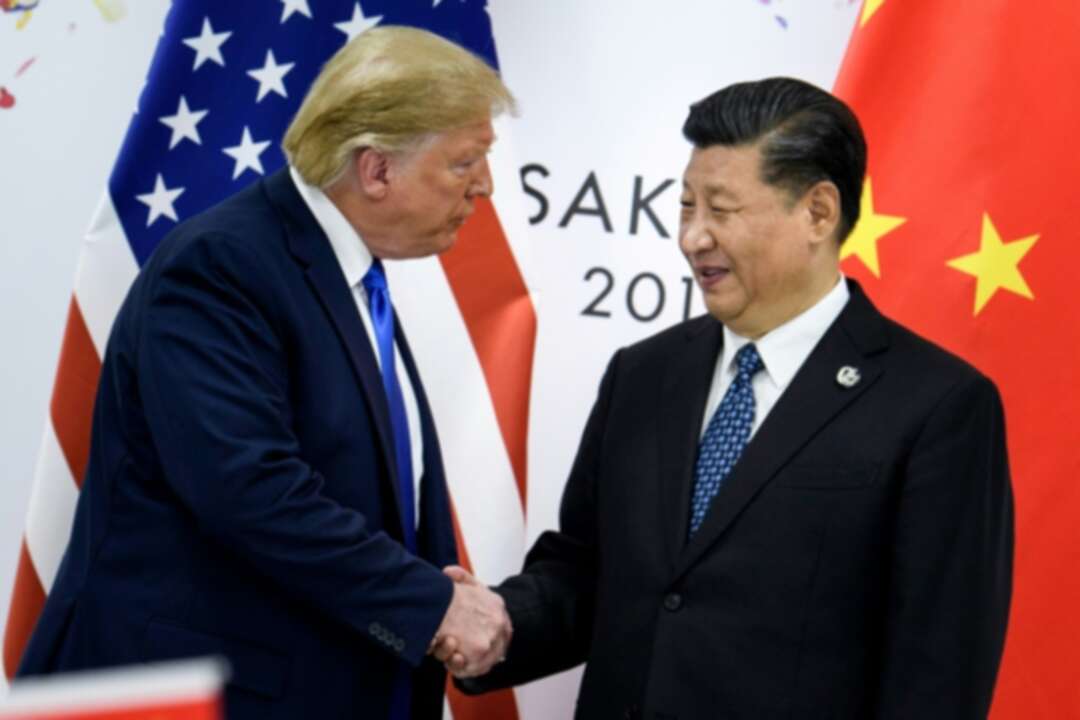 US President Donald Trump has declared that a deal to de-escalate the trade war with China was imminent but Beijing remained coy on Friday and cautioned that any agreement must be "mutually beneficial."

Reports Washington and Beijing had struck a bargain at last -- subject to approval by US President Donald Trump -- sent US stocks sailing to their first record closes of December.

"Getting VERY close to a BIG DEAL with China. They want it, and so do we!" Trump tweeted in a markedly optimistic tone on Thursday.

But Beijing declined to confirm a possible signing of a "phase-one" deal on Friday.

"We always adhere to the principle that consultation must be based on equality and mutual respect, and the agreement must be mutually beneficial and a win-win solution," Chinese foreign ministry spokeswoman Hua Chunying said at a regular briefing.

In a sign that tensions remain high between the two powers, Foreign Minister Wang Yi said Washington was "suppressing" China across several fields, including the economy, trade, and technology.

Speaking at a symposium on international affairs in Beijing, Wang said the United States has "seriously damaged the foundation of hard-earned trust between China and the US."

Trump's flagging of a trade breakthrough comes ahead of new tariffs planned to take effect Sunday and also just as he is almost sure to become only the third US president to be impeached.

With his 2020 re-election battle heating up, Trump is keen to seize the political initiative and show voters his punishing struggle with China has brought results.

The US ultimately wants China to open its vast economy to more goods and to conduct sweeping reforms of what Washington has long called systemic abuse against foreign investors.

Recently though, White House officials have indicated they would settle for less in a so-called "phase one" deal.

The Washington Post reported that Trump had signed off on a swap of tariff reductions in return for China spending $50 billion on US farm goods, tightening its intellectual property protections and opening its financial services markets.

The paper cited Michael Pillsbury, a China expert at the Washington-based Hudson Institute it said had been briefed by Trump, and an unnamed senior administration official.

Plans for an official announcement had not been nailed down, the daily said, adding that the administration does not intend to seek congressional approval.

In addition to existing tariffs, Trump had threatened to impose a 15 percent levy Sunday on around $160 billion of Chinese exports, including popular US consumer goods like electronics and clothing.

According to The Wall Street Journal, the US side is offering to scrap the threatened Sunday tariffs and also cut existing duties imposed on about $360 billion in Chinese goods.

Trump's overall goal with China and a keystone of his presidency, is to uproot what Washington says are Beijing's predatory trade practices, including forced technology transfers and massive intellectual property theft.

Trump himself has blown hot and cold, repeatedly insisting that China needs a deal more than the United States does.

At the end of November, he said he was in the "final throes" of negotiations, but days later he spooked world financial markets when he said, "I have no deadline" for a resolution.

The intense talks, involving multiple meetings in Beijing and Washington, were further complicated by tensions over the pro-democracy uprising in Hong Kong.

Beijing responded that the law was "abominable" and "sinister," but ultimately appeared to have little in the way of counter-measures.