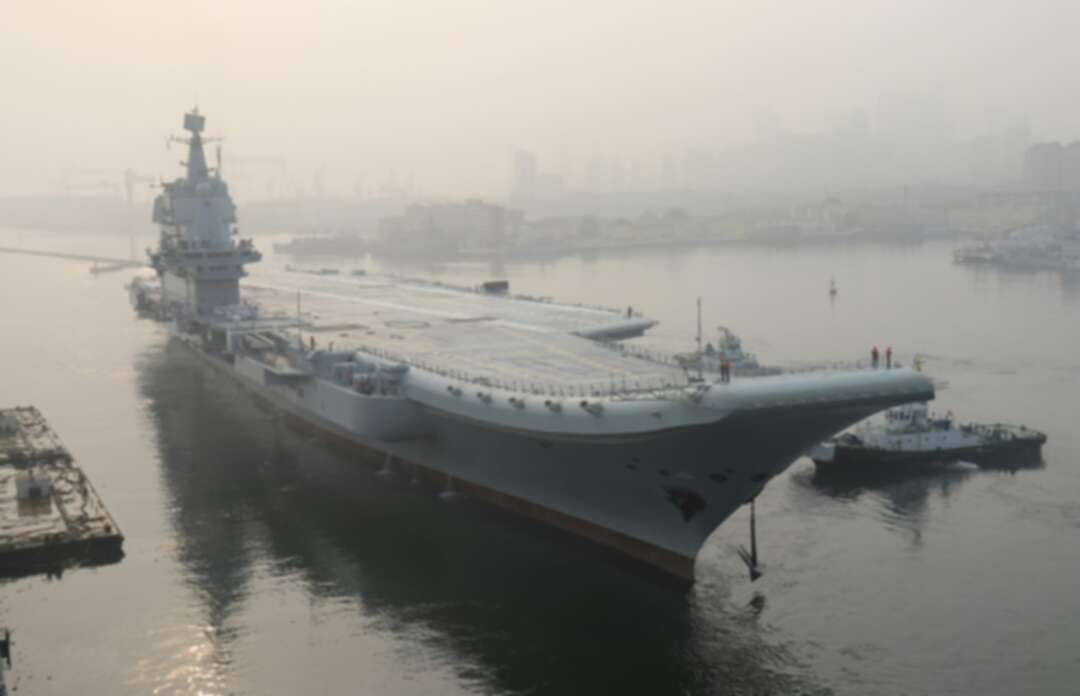 The ship, which has yet to be named, is Beijing's second carrier and will add massive firepower to its navy File photo AFP

China confirmed on Monday that its first domestically built aircraft carrier had sailed through the Taiwan Strait for "routine" training and tests after Taipei accused Beijing of intimidation around upcoming elections.

The ship, which has yet to be named, is Beijing's second carrier and will add massive firepower to its navy once it is officially put into service, as the country faces tensions with self-ruled Taiwan and regional neighbours around the disputed South China Sea.

Cheng said it was "normal practice" for carriers that are under testing to conduct cross-regional trials.

"It is not aimed at any specific target and has nothing to do with the current situation," Cheng said without elaborating.

The sail-by comes as Taiwan gears up for presidential elections in January.

Taiwan's defence ministry said it had dispatched ships and planes to track and closely monitor the carrier's movements, and that US and Japanese vessels trailed it in the strait.

China, which sees democratic Taiwan as part of its territory, has stepped up military drills around the island since Beijing-sceptic President Tsai Ing-wen, who is seeking re-election, came to power in 2016.

Tsai -- who has voiced support for Hong Kong's pro-democracy movement -- has described the elections as a fight for Taiwan's freedom and democracy.

Her challenger favours much warmer relations with China.

On the same day as the sail-by, Tsai announced that former premier William Lai, who has styled himself as a "Taiwan independence worker", would be her running mate in a move likely to irritate Beijing.

Eric Hundman, assistant professor of political science at NYU Shanghai, said that the sail-by was a "continuation of Beijing's consistent efforts to pressure Taipei".

"The choice to sail through the Taiwan Strait was undoubtedly deliberate and probably intended as a signal to both Taiwan and the US of China's increasing naval capabilities," he said.

The "Type 001A" carrier was launched in 2017 and sea trials began the following year, but it has yet to be officially put into service.

The state-run Global Times, a nationalist tabloid, cited an anonymous military expert as saying the ship likely sailed through the strait to dock at its possible home base in south China's Hainan island.

Hainan province is in the South China Sea east of Vietnam, which has competing claims in the waterway along with China, Malaysia, the Philippines, Taiwan and Brunei.

China has one other carrier -- the Liaoning, a repurposed Soviet carrier bought from Ukraine that went into service in 2012.

A US think-tank reported in May that recent satellite photographs indicated that construction of a third Chinese aircraft carrier was well under way.