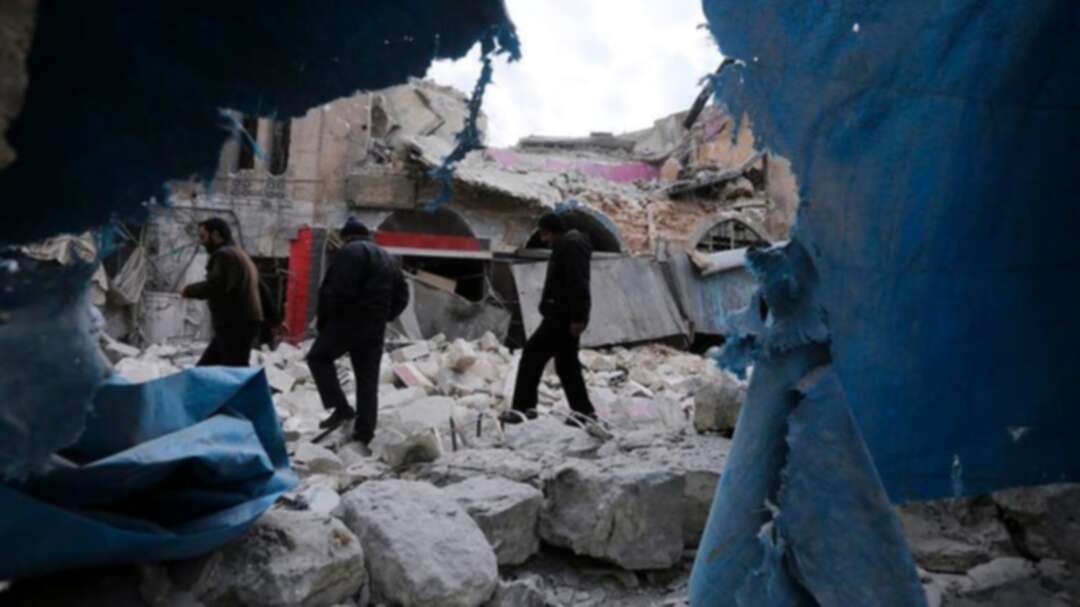 People walk past destruction by the government airstrikes in the town of Ariha, in Idlib province, Syria, on January 15, 2020. (AP)

The ceasefire in Syria’s Idlib that was agreed by Turkish President Tayyip Erdogan and Russian President Vladimir Putin is being observed and the situation on the ground is calm, Russia’s RIA news agency cited a military source as saying on Friday.