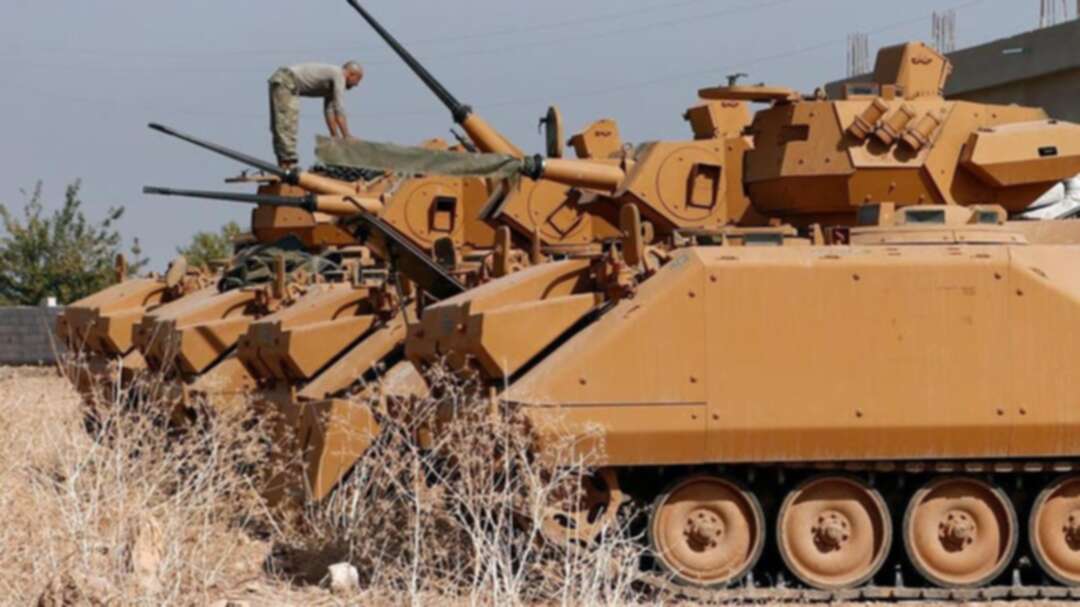 A Turkish soldier stands on top of an armoured personnel carrier near the Turkish-Syrian border in Sanliurfa province. (Reuters)

Canada on Tuesday announced it had temporarily suspended “new export permits” to Turkey, particularly of military equipment, in response to Ankara’s offensive into northern Syria.

“This unilateral action risks undermining the stability of an already-fragile region, exacerbating the humanitarian situation and rolling back progress achieved by the Global Coalition Against Daesh (ISIS), of which Turkey is a member.”

The suspended export permits cover “controlled property,” essentially military equipment, according to a list provided by the ministry.

Canada’s arms sales to Turkey totaled nearly US$87 million (CAD$116 million) in 2018, according to Global Affairs.