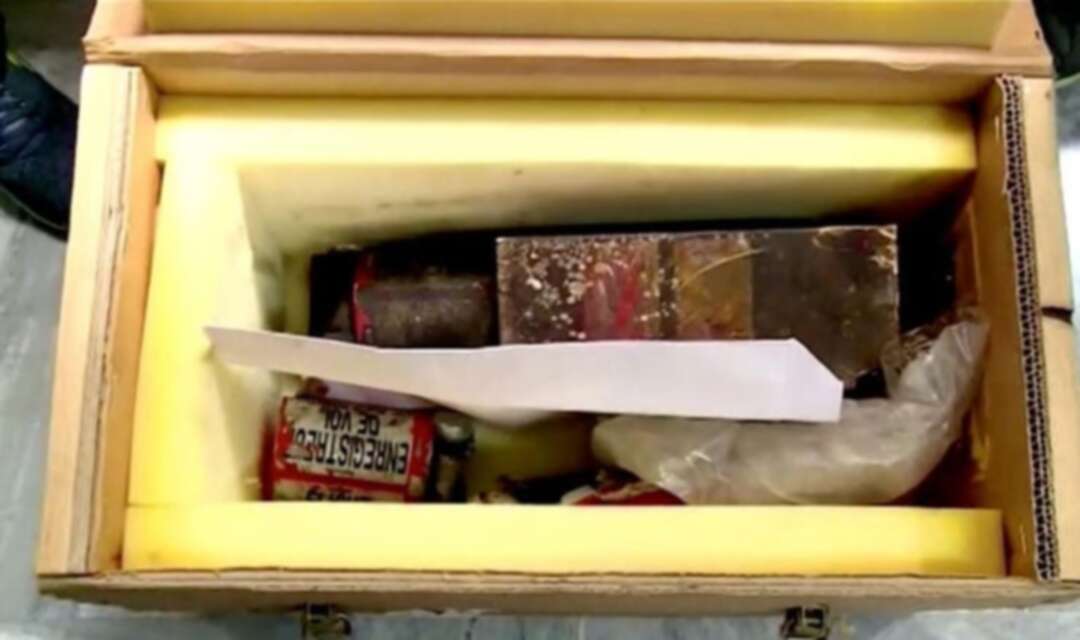 The crate containing purportedly the two black boxes recovered from the crashed Ukrainian airliner, Boeing 737-800, is seen in this still image taken from a video. (Reuters)

Canada on Sunday repeated its request that Iran quickly hands over to France or Ukraine black boxes from the Ukrainian airliner which Tehran’s forces accidentally shot down.

Canadian Minister of Foreign Affairs Francois-Philippe Champagne said he had spoken with his Iranian counterpart Mohammad Javad Zarif on the subject.

“I repeated Canada’s position that the black boxes be sent as quickly as possible either to Ukraine or France so it can be done somewhere the expertise exists and it can be done transparently,” Champagne said on the sidelines of a government seminar in Winnipeg.

Ukraine International Airlines Flight 752 went down shortly after takeoff from Tehran on January 8, killing all 176 people on board including 57 Canadians.

Champagne said that he judges Iran “not by their words, but by their actions.”

The minister was reacting to a statement from Hassan Rezayifar, head of investigations at Iran’s aviation authority, who said his country intends to keep the black boxes for the time being.

“The black box of the Ukrainian Boeing 737 is in Iran and we currently have no plans to send it,” Rezayifar said, according to the Iranian state news agency IRNA.

“We will try to read the crashed Ukrainian airplane’s black box in Iran and our next options are Ukraine and France, but for now we have no plans to send them to another country,” he said.

Canadian Prime Minister Justin Trudeau had on Friday urged Iran to hand over the black boxes to France, saying it has one of the few laboratories capable of properly examining them.

Trudeau has said that Canada was the final destination for 138 of the 176 passengers and crew on the Kyiv-bound plane, including visitors and students.

After initial denials, Iran admitted it shot down the plane “unintentionally” while on high alert after firing missiles towards bases housing US troops stationed in Iraq. Their strike was in retaliation for the killing of top Iranian commander Qasem Soleimani in a US drone strike.

Canada severed diplomatic ties and shuttered its embassy in Tehran in 2012.

Champagne had his first face-to-face meeting with Zarif in Oman at the end of last week.