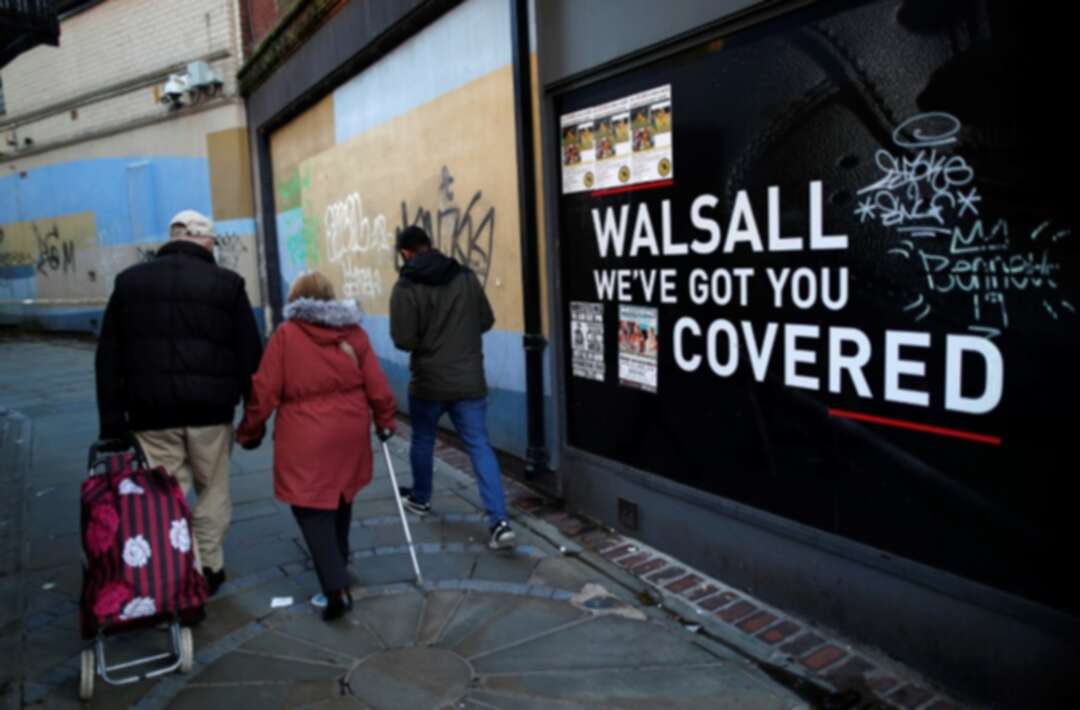 With its deserted streets and closed shops, the centre of Walsall bears witness to Britain's retail crisis File photo AFP

With its deserted streets and closed shops, the center of Walsall bears witness to Britain's retail crisis that political parties campaigning for election have vowed to fix.

It's difficult not to be struck by the multitude of "to let" signs on unoccupied shopfronts in the town in central England, near Britain's second-largest city Birmingham.

One of the few to resist the slew of closures is Poundland, a UK-wide chain selling items mostly for £1 or less.

"All the big stores have gone and have been replaced by rubbish stores, to be honest," said passer-by Susan Humphreys on a freezing day in November.

The retail crisis hitting Walsall and its 270,000 inhabitants are mirrored across the UK.

No sector has been spared as independent shops and department stores struggle to survive faced with fierce online competition, notably from Amazon.

Shops are also suffering from higher business taxes and wider political uncertainties caused by Britain's stalled departure from the EU that the December 12 vote could resolve.

"Areas like Walsall which have suffered from decades of industrial decline, the impact of the change in retail has had a disproportionate impact," noted Simon Tranter, head of regeneration and development at Walsall Council.

The result is that many locals struggle to make ends meet, with child poverty and child mortality rates well above the national average.

The area meanwhile voted 68 percent in favor of Brexit.

Johnson has said part of the reason for the "leave" vote in 2016 was those struggling towns up and down the country felt they been "overlooked and left behind".

Both the Tories and Labour have pledged to lessen taxes for businesses should they win the upcoming election.

But for Corin Crane, chief executive of the local Black Country Chamber of Commerce, the damage is done.

"The downtown business will never come back as before," he told AFP.

Even if Walsall's Primark store selling cheap clothes is busy, the closure of food-to-clothing retailer Marks and Spencer 18 months ago has been a major loss.

"I'm sure it will remain empty for a couple of (more) years," said one local newspaper-seller, standing a short distance from a closed Burger King and an empty Bonmarche clothing store.

Once a center for making saddles and other leather goods -- the local football team is nicknamed "The Saddlers" -- Walsall enjoyed a retail boom in the 1980s.

But it gradually fell on hard times. One critic once even described Walsall as one of the ugliest places in the world and "like Ceausescu's Romania with fast food outlets".

A decade of government austerity measures has worsened the situation.

One public health body ranked the town the UK's second-most unhealthy area in which to live, in part owing to its high number of betting shops and stores selling alcohol.

"Since the banking crash in 2008, the government has invested very little money into local areas," said Crane.

"Areas like Walsall have struggled to keep up with that."

Walsall also suffers from its proximity to Birmingham, which has been extensively redeveloped in the last 20 years, attracting vast sums of investment.

Britain's second city is also preparing for the new high-speed HS2 railway set to slash journey times between the city and London.

There have been several attempts to regenerate Walsall over the years, including around a modern art gallery opened by Queen Elizabeth II in 2000.

The latest bid to rid the town of its unenviable reputation is led by Andy Street, elected mayor of the West Midlands region and a former head of the department store chain John Lewis.

A thorough cleansing has removed 365,000 pieces of chewing gum stuck to outside areas, while pigeons have been chased away.

"We need more people living in the town center" to replace the shrinking retail space, said a spokesperson for Walsall council.

"This is our last chance in terms of pushing this town forward and bringing it into the 21st century. It's a stark as that."